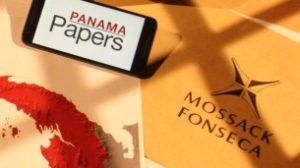 Roel will be speaking at the 9th RI Europe conference in London on June 22/23 about how the OECD Multinational Guidelines apply to investors: click to link to the conference agenda

Chapter XI of the OECD Guidelines provides principles and standards of good practice consistent with corporate citizenship in the area of taxation, it reads:

It is important that enterprises contribute to the public finances of host countries by making timely payment of their tax liabilities. In particular, enterprises should comply with both the letter and spirit of the tax laws and regulations of the countries in which they operate. Complying with the spirit of the law means discerning and following the intention of the legislature. It does not require an enterprise to make payment in excess of the amount legally required pursuant to such an interpretation. Tax compliance includes such measures as providing to the relevant authorities timely information that is relevant or required by law for purposes of the correct determination of taxes to be assessed in connection with their operations and conforming transfer pricing practices to the arm’s length principle. Enterprises should treat tax governance and tax compliance as important elements of their oversight and broader risk management systems. In particular, corporate boards should adopt tax risk management strategies to ensure that the financial, regulatory and reputational risks associated with taxation are fully identified and evaluated.The commentary of Chapter XI offers the following reference in order to assess whether certain transactions could be contradictory with the spirit of the tax law:
“An enterprise complies with the spirit of the tax laws and regulations if it takes reasonable steps to determine the intention of the legislature and interprets those tax rules consistent with that intention in light of the statutory language and relevant, contemporaneous legislative history. Transactions should not be structured in a way that will have tax results that are inconsistent with the underlying economic consequences of the transaction unless there exists specific legislation designed to give that result. In this case, the enterprise should reasonably believe that the transaction is structured in a way that gives a tax result for the enterprise which is not contrary to the intentions of the legislature.”