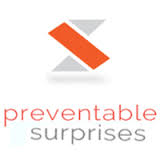 Today is the day investors must disclose their voting record for proxy votes held during annual general meetings this year. AGMs offered up a record number of environmentally-themed resolutions, giving institutional investors plenty of opportunities to demand action in line with last year’s COP21 accord. The most pertinent were the 2°C stress test resolutions, which garnered nearly 100% support in Europe and Canada but attracted less than 40% in the U.S. This led Preventable Surprises to launch its Missing60 initiative. The initiative makes three demands, including that investors exhibit fiduciary responsibility by voting independently of manager recommendations. Exxon and Chevron recommended voting against 2°C stress test resolutions, unlike BP, Shell, Statoil, and Suncor. Link

As the names of the Missing60 are about to become public through SEC filings, Preventable Surprises this summer tracked down six of the 42 signatories to the initiative—the full list includes Bob Eccles and Naomi Oreskes of Harvard University, AXA IM’s Jean-Pierre Hellebuyck, Bob Litterman of the CommonFund, Jon Lukomnik (IRRCi), Amin Rajan (CREATE), and Nigel Topping (WeMeanBusiness).

The sample we spoke with discussed why they support the initiative and why large investors must take the lead on ensuring the companies they are invested in are ready to make the transition to a world where warming is capped at well below 2°C.

Daly’s organisation filed 25 resolutions last year, including four taking aim at ExxonMobil and Chevron. She said the weakening of 1930s banking legislation Glass Steagall led to a relationship between the financial sector and the corporations in which they invest that has become too close. “I signed Missing60 because it’s always aggravating when really astute investors propose reasonable initiatives that have the long-term interest of companies and investors at their heart—and investors don’t get the logic of the initiative.”Catherine Howarth, Chief Executive, ShareAction:

ShareAction co-filed and turned out the vote for resolutions at BP and Shell. Howarth, like Daly, bemoaned a lack of engagement by investors on critical issues, such as climate change. “This is a golden opportunity to initiate an intelligent but challenging conversation with investors who cast a huge number of votes on behalf of millions of people.”

Andrew Winston, author of The Big Pivot and Green to Gold:
Winston believes the financial community is lagging on environmental awareness, partly due to its short-term focus. He said this is particularly true in the U.S., prompting him to sign on to the initiative. “In the U.S., the majority of investors are not asking the tough questions about business risk and value creation over the long haul. When (Blackrock CEO Larry) Fink wrote to CEOs telling them to focus on value creation over the long term — I just think it’s crazy that we have to say that out loud.”

Tom Burke, Chairman, E3G:
E3G works with governments and civil society on climate diplomacy and energy policy. He believes civil society needs to increase the pressure on the financial sector to address the size of the challenges posed by climate change.
“I’m interested in what kind of pressure makes investors pay attention to the fact that the fossil fuel-dependent companies are facing an existential crisis. The world needs to adjust to second- or third-order impacts. Government is not enough. We need to see civil society manifesting through investors who are forcing a discourse around risk.”

Note: Individuals signed in their personal capacity; organizational affiliations are shown for identification purposes only. A forthcoming article will look ahead to the 2017 AGM season. Missing60 signatories will share their thoughts on what needs to happen to ensure a better outcome on climate resolutions. Preventable Surprises