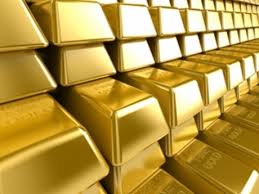 More details regarding a plan by the Principles for Responsible Investment (PRI) to improve accountability among its signatories have emerged, including an idea to introduce a “gold standard” for those most committed to the initiative.

Since its start in 2006, the PRI has attracted 932 asset managers and 297 asset owners with combined assets of almost $60trn (€5trn). The London-based initiative with its six principles aims to be the global standard for responsible or sustainable investing.

By signing up to the PRI, signatories pledge to adopt the principles. Since 2014, they are also required to submit a report regarding progress on this front, and those that fail to comply are ejected from the PRI.

“We recognise that after a rapid expansion phase, where we have some $60trn in assets signed up, we can’t be sure that all the asset managers and asset owners are taking the initiative seriously,” said Dustin Neuneyer, European Network Manager during a recent meeting of the PRI’s German network in Frankfurt. “Some are clearly the leaders in their field, others are in the middle and still others are beginners or are not doing anything at all.”

As a result, Neuneyer said the PRI was working on a proposal whereby members would be encouraged to get top rankings for their commitment to the initiative.“We’re thinking of a gold standard. Those qualifying for it would, for example, exceed minimum requirements for ESG integration and have their reporting on it independently certified,” Neuneyer told the PRI’s German members.

Indeed, third-party certification of a member reports is an idea avidly supported by Kris Douma, who joined the PRI earlier this month as its new Director of Reporting. Douma is the former Head of Responsible Investment at Dutch asset manager MN Services and a well-known figure in the space.

The PRI plans to unveil the details of the proposal regarding membership ranking in early December. The first sign that the PRI initiative was headed in this direction came last August, when PRI Chair Martin Skancke said in its annual report that something had to be done to improve accountability and transparency. Other measures under consideration include making member submissions available to the public and updating or amending the six principles, which, as Skancke mentioned in the report, were drafted before the global financial crisis of 2008.

Added Neuneyer: “All this is about implementing the PRI’s ‘awareness to impact’ strategy over the next three years. We will actively consult with our signatories on the proposals.”