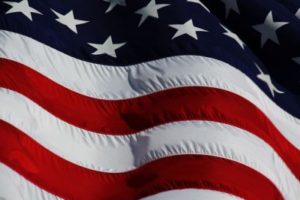 In the United States, the term fiduciary has garnered significant attention over the past couple of years. The primary reason being that the previous Administration issued a rule expanding the number of financial advisors who must adhere to a fiduciary duty, while the current Administration has sought to delay and repeal the changes. An appeals court recently also struck down the rule.
To understand why fiduciary duties has received attention, it is necessary to look at the origins of the term. Fiduciary duties in the US are rooted in common law and require that investors act in a loyal and prudent manner on behalf of their beneficiaries. In other words, fiduciaries have to put their clients’ best interest first when it comes to investment decisions.
Investors in the US have historically cited fiduciary duty as a barrier to responsible investment – perhaps more so than anywhere else in the world. The 2016 Fiduciary Duty in the 21st Century US Roadmap found that fiduciaries – particularly of retirement plans – feared legal liability if they chose to integrate environmental, social and governance factors into their decision-making. It also found that plan trustees might not fully be aware of their fiduciary duties and that more education may be needed when it comes to responsible investment decisions. Another problem is that investment consultants in the US often fail to discuss ESG factors with their clients.

One key challenge in the US when it comes to fiduciary duty is that there are different laws and regulations for different types of investments, and many are regulated at the state, rather than federal level. Fiduciary duties for private pension plan sponsors are clearly defined under the Employee Retirement Income Security Act (ERISA), which is primarily regulated by the Department of Labor (DOL). However, the duties for broker-dealers and registered investment advisors are defined under federal securities laws. Furthermore, each state oversees its own laws for various investments, such as public pension funds and insurance products.
To help address the legal concerns of private retirement plans by clarifying that ERISA is not a barrier to ESG integration, the DOL issued two separate pieces of guidance. First, in 2015, it stated that when ESG issues have a financial impact, they are “more than just tiebreakers, but rather are proper components of the fiduciary’s analysis of the economic and financial merits of competing investment choices”. Second, a year later, the department confirmed that ESG issues were consistent with shareholder engagement under ERISA.
In 2016, the US Securities and Exchange Commission (SEC) issued a Concept Release seeking public comments on efforts to modernise disclosure requirements, including a provision on ESG factors, under Regulation S-K. This effort built upon 2010 SEC guidance issued “to remind companies of their obligations under existing federal securities laws and regulations to consider climate change and its consequences as they prepare disclosure documents to be filed with us and provided to investors”.
While the 2010 guidance was a welcome step, little since then has been done to standardise climate-related disclosures. To support the SEC’s 2016 solicitation, the PRI submitted a comment letter requesting that the Commission formally adopt the term “ESG factors” and also put forth recommendations that included requiring a standardised method of reporting ESG risks and opportunities, along with demonstrating clear links to the company’s business model, in annual corporate disclosures.
We are encouraged by previous federal efforts, but we remain concerned that policymakers and regulators could reverse the US’s course when it comes to responsible investment policy. Two bills that have passed the U.S. House of Representatives and would impact shareholder rights are especially worrying.First, the Corporate Governance Reform and Transparency Act would require that proxy advisory firms submit their recommendations to companies prior to publication. Such a requirement could undermine equity owners’ ability to receive independent information. Further, the bill could lead to increased costs by requiring that proxy firms register with the SEC and that they share their research methodology, which could force institutional investors to develop greater capacity in-house or pay more for services that are in shorter supply.
Second, and more troubling, the Financial CHOICE Act, which passed the House of Representatives in June 2017, seeks to eliminate the ability of all but a few investors to file resolutions and exercise their voting rights through the shareholder proposal process. The bill would mandate that shareholders seeking to submit proposals on a corporate ballot must own at least 1% of the company’s outstanding stock over a three-year period, compared to the current $2,000 threshold for one or more years.

Momentum is gaining in the US around responsible investment

While these bills are concerning, it is not the only story to tell. Responsible investment in the US continues to grow as investors see the value of adopting an ESG approach. According to the US SIF, socially responsible investments increased by 33% to more than $8.5trn from 2014 to 2016 in the country. From the PRI’s perspective, the US is also our single largest market with more than 350 signatories who collectively have $37trn in assets under management.
We have recently seen state and local funds embrace their fiduciary duty to invest in a manner that best benefits its residents. For example, Chicago Treasurer Kurt Summers is seeking to amend the city’s investment policy and adopt an ESG approach. He noted that he sees the move as “enhancing our ability to fulfil our fiduciary responsibility”. In Connecticut, following the tragic school shooting in Parkland, Florida, Treasurer Denise Nappier announced she was considering withdrawing state funds from gun manufacturers. She stated that “Fiduciary duty requires that I take into account not only the appropriate balance between risk and return, but also the long-term viability of the investment itself”.
Shareholders in the US have also been using their financial leverage to help reduce the carbon footprint of the companies they invest in. For example, last year, shareholders of ExxonMobil and Occidental Petroleum voted in favour of resolutions requiring these companies to provide greater disclosures related to climate risks. More recently, New York City’s five pension funds withdrew $5bn of investments from fossil fuel companies and sued some of the largest oil companies for climate change damages. And, as witnessed by the We Are Still In movement, numerous states, localities, academics and other stakeholders have also committed to the Paris Climate Agreement, seeing the clear investment risks related to climate change and the need for supportive policy environments for long-term investor returns.
There is no denying that, despite the headwinds at the federal level, responsible investment is on rise in the US. Public pension funds have historically been at the forefront of ESG integration. Despite DOL’s 2015 guidance, corporate pension funds tend to be more reluctant to adopt an ESG approach. As part of the Fiduciary Duty project, the PRI intends to further analyse ERISA plans and ESG in the coming months. We will also seek to build upon the momentum at the local level, such as the historic ESG legislation introduced in Chicago, to create models that can be replicated throughout the country and globe.

As more fiduciaries commit to responsible investment, they will not just be putting their clients’ best interest first, but that of society as a whole. The PRI and UNEP FI will continue to advocate for policies in the US levels that clarify the meaning of fiduciary duty and ensure ESG factors are considered.

Jenny Waits is a Senior Policy Analyst at the Principles for Responsible Investment, writing on behalf of Fiduciary Duty in the 21st Century project

Notes:
1. In January 2016, the Principles for Responsible Investment (PRI), the United Nations Environment Programme Finance Initiative (UNEP FI) and The Generation Foundation launched a three-year project – Fiduciary Duty in the 21st Century – to clarify investors’ obligations and duties in relation to the integration of environmental, social and governance (ESG) issues in investment practice and decision-making. The project involves working with investors, governments and intergovernmental organisations to develop and publish an international statement on investors’ obligations and duties, and to publish and implement roadmaps on the policy changes required to achieve full ESG integration across some fifteen countries and jurisdictions, including Australia, Brazil, China, Germany, Japan, South Korea, the UK and the US.