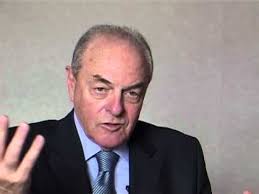 The Principles for Responsible Investment (PRI) has come out in support of proposed revisions to South Africa’s King Code on corporate governance, including its first “shareholder activism” guidance.

King Code IV is the latest update of the well-known governance code, first launched in 1994 and named after leading corporate governance figure Mervyn King.
It seeks to make the guidelines clearer and more accessible by turning the existing “actions” – of which there are more than 60 – into 17 “principles”. The revision also aims to make the guidelines relevant to a wider number of entities, with emphasis on institutional investors.

As a result, proposals include for the first time recommendations for “shareholder activism”.

“Institutional investors… carry fiduciary duties to their ultimate beneficiaries – those who contribute to pension and retirement funds and their dependents,” the draft document states. “Governing bodies of institutional investors should ensure that they apply the principles of responsible investment towards long-term, sustainable returns.”

The PRI assessed the document as part of a wider feedback process which began in March. It concluded that it supports “the framing concept of King IV thatinvestors’ fiduciary duties require them to include material ESG issues in active ownership and investment-decision making”.

The process is overseen by the Institute of Directors in Southern Africa, under project head Ansie Ramalho, the former CEO of the IoDSA. The new document has been in the works since late 2014.

The assessment contained a series of recommendations:

– Establishing recommended practice to strengthen the independence of nominations committees.

– Introducing recommended practice requiring a board of directors to have sustainability skills, and to receive ongoing training in this area.

– Strengthening anti-corruption and variable pay provisions in the code.

The consultation period for the central document closed last month, but sectoral supplements are currently out for review by the market, until 11 July. The PRI will give feedback on guidance relating specifically to retirement funds, it said. The results will be published towards the end of the month. Link