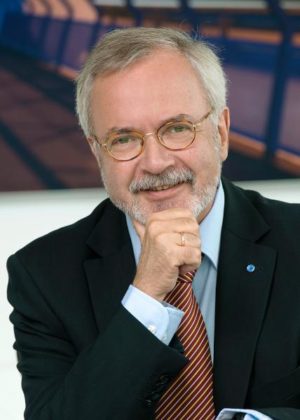 The European Investment Bank (EIB) will allocate half of its loan book to climate action by 2025 according to remarks made by EIB President Werner Hoyer in a speech at the PRI in Person event in Paris.

He said: “In [the UN climate meeting in] Paris we committed 25% of our financing to back climate related actions but the pressure from several member states of the European Union is increasing and I welcome this.

Under the current EIB Climate Strategy drafted in 2015, the bank targets to increase the share of climate action finance from 25% to 35% of total lending in developing countries by 2020.Last year, the EIB has already provided 30% of its total financing (€16.2bn) to fight climate change, surmounting its 2018 target of 25%.

When asked by the PRI’s Chief Responsible Investment Officer Nathan Fabian why the EIB could not commit the entirety of its financing to climate action, Hoyer referred to the founding objectives of the EIB.

“According to the founding papers of the European Economic Community (EEC), the EIB must contribute to the forming of the common markets and overcome regional differences in the European Union. These objectives remain.”

Additionally, Hoyer announced that the EIB would mobilise €1trn worth of sustainable investments by 2030 which “will include a marked increase in support for climate adaptation and resilience”.