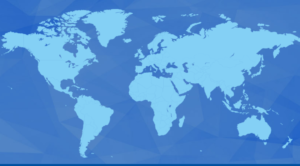 The Principles for Responsible Investment (PRI) is consulting its signatories on a formal policy to remove members who put the integrity of the initiative at risk.

A 2016 consultation of signatories flagged up concerns that some organisations’ behavior has the “potential to bring the PRI, and by extension the work of the signatory base as a whole, into disrepute”.

The PRI board has now released a draft policy to assure signatories that there is a “process and predictable response to a serious violation”.

In an explanatory note, the board says every likely serious violation will be “unique and complex” – so the procedure for de-listing signatories for undermining the PRI’s integrity should be “simple, flexible, powerful and narrowly focused”.

In the first instance, engagement with the offender is preferred with delisting “an extreme and last resort measure”. There is also an option for the offender to voluntarily de-list itself.

Serious violations, according to the draft policy, could include putting the PRI and its Principles at risk. The PRI says it will not get involved in any claims of a legal nature.

Any organisation can raise an allegation of a serious violation to the PRI’s executive, which will filter out “frivolous” allegations. Signatories would be delisted if they refuse to engage with the PRI about an allegation within two months.Meanwhile, the PRI board recognises that it needs to do more to get asset owners on its board.

According to a report of the board meeting held in Berlin ahead of the PRI in Person event last month, the board agreed “that in future the PRI needs to work towards more competition for the asset owner positions” on the board.

The PRI board comprises representatives from asset owners, asset managers and service providers.

The board has also highlighted the challenge the initiative faces in the US, where it faces “preconceived ideas” and has to do what it says is ‘myth-busting’.
“The PRI is a UN-supported organisation and in the US market, more effort and time is required to explain the partnership,” the report states, adding there is also less recognition and understanding of the UN Sustainable Development Goals in the US. PRI home page