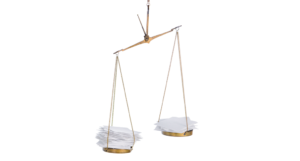 US-based signatories to the Principles for Responsible Investment (PRI) have “consistently” supported fewer environmental and social shareholder proposals at US companies than their non-signatory peers, according to research by specialists at Dutch investment manager Robeco.

Sustainable voting behavior of asset managers: Do they walk the walk? is an academic paper looking at the voting record of the 50 largest US-based investment managers between 2009-18, covering some 20 million votes, to see if the growing appetite for ESG among investors is being reflected in their proxy voting at companies.

One of its key findings is that over the period, investor signatories to the PRI have supported fewer environmental and socially-focused shareholder proposals than their non-signatory counterparts.

“By signing the Principles for Responsible Investment, asset managers pledge to integrate ESG criteria into their decision-making process,” it states. “It would therefore be expected that asset managers that have signed the PRI, would also vote in favour of ESG proposals more frequently. However, as Exhibit 7 suggests, signatories of the PRI consistently vote less in favor of environmental and social issues than non-signatories.” 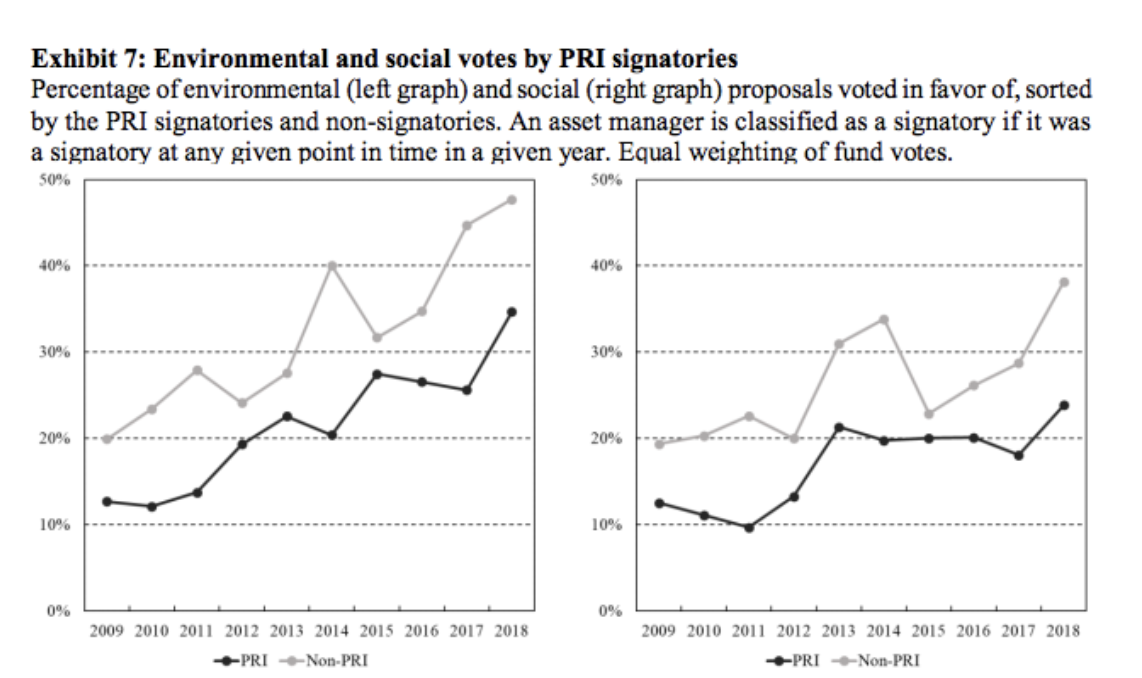 The study also found that the length of membership to the PRI made no difference to behaviour on the issue, noting that “asset managers that have a longer membership tenure have no better voting records than more recent signatories”.

In particular, the voting behaviour of the ‘Big Three’ – Blackrock, State Street and Vanguard – was identified as creating “significant downward pressure” on the average voting outcomes. For example, the paper found that in 2014, when Vanguard signed the Principles, “the percentage of PRI signatory votes in favour of environmental proposals dropped 3 percentage points, while the average of non-signatories voting in favor of such proposals increased by 12%”.

However, the paper also notes that the “difference between signatories and nonsignatories persists when excluding the Big Three from the sample”.

The spectre of “opportunistic signatories” – those who join the PRI for reasons other than a commitment to sustainability, such as attracting the growing number of asset owners requiring managers to be members of the network – is also raised in the paper, with the authors finding that “being a member or signatory of the PRI will prove to be not much of a differentiator anymore to asset owners in the selection process of an asset manager”.

The paper’s authors recommend that the PRI should “further enhance” its assessment and scoring process for signatories, including making “pro-sustainable voting behaviour” a “prerequisite to be awarded a high PRI score”. Currently, “asset managers that vote against most environmental and social proposals can still obtain a high rating,” it notes.

It also calls on the investor network to ramp up transparency around its annual assessment of signatories. In particular, it asks for greater detail into the responses of signatories, how the PRI grades those responses and disclosure of the final grade itself. The PRI does not publish ratings of asset managers itself, meaning those who score poorly can elect not to disclose them.

PRI had not responded to RI’s request for comment at the time of publication.