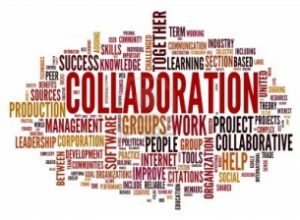 The Principles for Responsible Investment (PRI) is to use its Clearinghouse online investor collaboration platform to help signatories feed into its consultations with policymakers in the latest sign of the initiative’s growing focus on policy matters.

The Clearinghouse was set up in 2006 as a closed forum to facilitate dialogue with companies. Almost 500 signatories have been involved in at least one collaborative initiative and more than 520 collaborative proposals have been posted.

Now the PRI will open it up to consultation about the European Union’s Shareholder Rights Directive, according to the initiative’s Director of Policy and Research, Helene Winch. “We’re going to start putting more of our policy engagements on there [the Clearinghouse],” she told the PIRC Conference in London last week. She said of the directive: “We’re going to put this on the Clearinghouse. Then we’re going to go to the Commission and see where we get to.”
The European Commission unveiled a revision to the directive in April this year, aiming to strengthenshareholder engagement and introduce a “say on pay” for Europe’s largest companies.

It also contains an obligation for institutional investors to disclose how they pay asset managers. Under the revision, asset owners are also expected to explain how they evaluate managers’ performance. The revision prompted vocal resistance from fund industry trade groups in the UK and Germany.

Winch, who said the PRI was also hoping to make the Clearinghouse more user-friendly, also discussed current engagements. The one on fracking has involved 41 investors with $6trn in assets engaging with 36 companies. This is open until the end of June. Another engagement on ESG and executive pay will be open to investors in the second quarter of 2014.