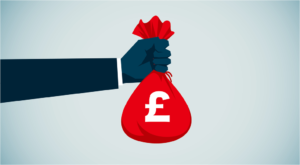 The Principles for Responsible Investment (PRI) has unveiled plans to work with investors to develop policies, metrics and engagement models for investors to address corporate tax practices.

In its first milestone under its ‘fair tax’ programme, launched earlier this year, the PRI will publish a report outlining its commitment to “work with signatories to move towards practices that align with tax fairness”.

“This includes a model investor policy on tax, supplemental guidance on stewardship and more resources for signatories to contribute to the policy debate on tax transparency and other tax issues,” says a draft of the report, seen by RI. “We will also strive to identify metrics to allow investors to better measure progress in their work towards tax fairness.”

The PRI coordinated shareholder engagement on tax transparency in the healthcare and technology sectors between 2017 and 2020.

“We found that investors need a systemic approach towards tax issues,” the body said in its latest report. “One-off engagement conversations will not suffice: investors must proactively assess and monitor disclosed data over time and pursue ongoing engagement with corporates, policy makers and other stakeholders.”

The PRI pointed to the growing reputational and financial risks associated with companies not paying their fair share of tax, as well as the systemic risks posed to universal asset owners if public coffers run dry because of tax avoidance.

“It is increasingly clear that a fair and efficient tax system is instrumental to address sustainability challenges and ensuring financial stability. It is in investors’ interest to consider how corporate taxes contribute to stable, well-functioning socio-economic systems that help to achieve investment returns and the SDGs,” the paper stated.

“Our tax fairness programme seeks to increase the resources available to governments to address sustainability goals (including those related to climate change) and protect the public goods on which investment value relies. We will do this by encouraging investors to adopt and embed fair tax principles in their own operations, advocate for fairer public policy on tax, and support their efforts to achieve fairer tax arrangements amongst their investees.”

The PRI said it will increase resources for signatories to contribute to the policy debate on tax transparency and other tax issues, as well as consider how tax fairness can be incorporated into other thematic collaborative engagements, such as those centred on human rights.

“Through this programme, we aim to achieve a step change in tax practices via increased focus on tax fairness,” it said, adding that it welcomed feedback on the report as it prepares to kick off “a long-term programme on this topic”.

Last week, Dutch responsible investment network VBDO announced that investment house NN Group had won its annual Tax Transparency Award for the third time, for “the depth of its tax strategy and the absence of controversies, among other things”. Philips came a close second in the awards, which were judged by a five-strong jury of academics and tax specialists, including Michiel van Esch from Robeco.

The announcement was made alongside the launch of VBDO’s seventh Tax Transparency Benchmark, which concluded that more than 80% of listed Dutch companies now publish a tax policy, compared with 11% in 2015. Six Dutch companies – NN Group, Philips, Aegon, Randstad, KPN and DSM – have adopted the Global Reporting Initiative’s new tax standard, which allows auditors to provide tax assurance on firms’ performance.

Swiss responsible investor Ethos Foundation recently revealed that it had engaged with six US corporations on tax, on behalf of a wider group of European shareholders. The engagement programme, which began in 2019 and focused on Amazon, Alphabet, Starbucks, McDonalds, Facebook and Apple, has seen Ethos “in close contact with the targeted companies, without however achieving significant improvements in the transparency of the companies”.

“Thus, a second focus was put on policy engagement with relevant parties,” the foundation said, noting letters it had co-signed to US and EU lawmakers calling for improved tax transparency.

Last month, the UK-based Fair Tax Foundation launched a global certification to help investors and other stakeholders identify companies that pay the right amount of corporation tax “at the right time and in the right place.”