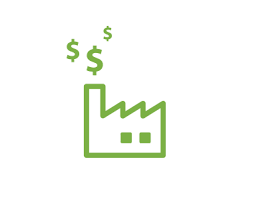 Yesterday, RI initiated a two-part discussion of issues raised by CalSTRS’ Chris Ailman recently about carbon price/stranded assets (please see this link). This is the second part of our coverage.

At CDP, Nicolette Bartlett, Director of Carbon Pricing, says price signals, rather than an explicit carbon price, are powerful indicators of the risks of asset stranding in the transition to low carbon economies that is required.

“It’s the tricky thing for investors, we can’t hope for a world where we get these perfectly clear signals and they will have to get better at reading them.”

Rick Stathers, CDP’s Head of Investor Initiatives, says that we are in a period when chief investment officers face the concept of “intergenerational equity” as part of their fiduciary duty.

Bartlett adds that just carbon pricing alone won’t help mitigate the transition risks. “There are many other failures within the markets that have caused climate change, not just carbon being free. For example, you will need R&D investment right upfront to overcome engineering challenges.”

Nevertheless, such a transition needs to be priced, Bartlett says and thus CDP, together with We Mean Business, launched the Carbon Pricing Corridors Initiative to identify ranges of prices (or ‘corridors’) that should be achieved by 2020, 2025 and 2030.

The first report has been produced by a panel of 22 members, focusing this time on the power sector only as it needs to be almost 100% decarbonized by 2050 under the Paris objectives, according to the IEA. Reports covering other sectors will follow.

The initiative’s purpose is to complement the TCFD’s work. The report describes the carbon corridors as “a tool for scenario analysis to meet the TCFD recommendations of assessing and disclosing implications of climate-related risks and opportunities”.

But there is also a bright side. The TCFD recommended the use of internal carbon pricing as a key metric to measure transition risks and that’s something CDP has been tracking with some signs of improvement during the last three years.

In 2016, 517 corporates disclosed to CDP they are already using internal carbon prices as an accounting and risk management tool (a 19% rise from 2015), and 732 companies said they would adopt it by 2018 (26% more than the previous year).Of those companies, 147 are embedding carbon prices across operations and strategy to take tangible action on climate change and 37 of them described how it has impacted their budget allocations and investments.

Bartlett says linking it with the TCFD recommendations: “Some companies are starting to use an internal carbon price to achieve emissions reduction targets, so investors can see an increasing commitment, sophistication and good governance on managing climate risks.”

Even Total, and other oil majors, see the rationale for carbon pricing. As Valerie Quiniou, Total’s Climate Vice-President, told the audience of RI Europe 2017: “It might seem bizarre an oil and gas company asking for carbon pricing, but yes, we did it more than three years ago now. Actually together with some other oil and gas companies.” She added that Total publishes a carbon price that is used to assess “the robustness of our existing portfolio” and to “select new investments”.

In addition, as the Stiglitz and Stern-led Commission has pointed out, an explicit carbon price can be complemented with the shadow pricing used not only in the corporate sector but also in public sector initiatives.

The commission offers the example of the European Investment Bank, which employs a shadow carbon price as a “non-financial value-added” in its cost-benefit analysis of projects; and the World Bank applies its own “social value of carbon”.

Another positive development, despite covering only 15% of global GHG emissions, is that carbon-pricing initiatives are on the rise, with currently 23 ETS and 23 carbon taxes implemented or scheduled for implementation.

Convergence and international cooperation efforts are key trends to watch. Following the Memoranda of Understanding signed between California, Ontario, Québec and Mexico to link their ETS (the latter is a voluntary ETS simulation to be launched officially in 2018), there are talks to create a Pacific Alliance with Colombia, Peru and Chile to come up with a regional carbon price.

Bartlett calls it a “sort of spine coming through the Americas”, which could be replicated in other geographies like Asia, where China, Japan and Korea inaugurated in 2016 an annual conference to exchange ideas on carbon pricing.

China’s ETS has been announced, setting high expectations, and would outdo the EU one at least in terms of size, possibly forcing to speed up reforms, currently at a ‘Trialogue’ level discussions between EU lawmaking institutions.

CalSTRS’ Ailman tells RI carbon pricing is a “global problem that needs a global solution” for which “universal awareness” is needed among different jurisdictions. Ailman also gives RI some context of the “tough audience” he was trying to engage at the CFA lecture in Chicago.

He says: “I’m talking to a bunch of CFAs in the middle of the Midwest, and when I asked at the beginning to show up hands of how many people really believe in ESG: barely half of the class.”

Ailman adds: “The US audience is still skeptical. To me the headline [of RI’s article] is that the hard core financial education in the USA is including ESG in its curriculum.”