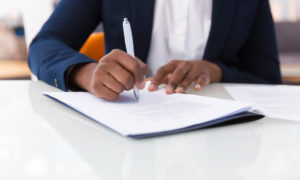 Sign-off on the Principles for Responsible Banking’s (PRB) mechanism for dealing with signatories not living up to their commitments under the UN-backed initiative has been agreed by members.

More than 180 banks, representing more than a third of the global banking industry, have now signed up to the Principles, which were launched last September in a bid to encourage banks to align their financing with broader societal goals such as the Paris Climate Agreement and the Sustainable Development Goals.

Under the new governance structure, agreed last month, signatory banks will be kicked out if they do not meet the ‘key steps’ set out by the initiative, which include conducting impact assessments of financing activities, and setting and implementing targets to align with sustainability goals.

Simone Dettling, Banking Team Lead at the UN Environment Finance Initiative, told RI that while members would not be removed for failing to achieve their targets, “persistently taking business decisions that clearly go against the bank’s stated strategy to achieve the set targets, or consistently and without explanation failing to implement the measures and actions the bank declared it would take to meet its commitments, would trigger an engagement process and consequences”.

But, she said, “we think it is counterproductive to threaten banks with delisting if they don't achieve their targets because we want targets to be ambitious”.

The newly-agreed governance structure will also see the creation of a 12-member strong Civil Society Advisory Group to help guide the initiative’s work and progress.

Dettling told RI that one of the main roles of the civil society body, which has not yet been selected, will be to monitor and provide “an independent view” on the collective progress of signatories, including contributing an assessment in the UN Environment Programme Finance Initiative’s (UNEP FI) biennial Collective Progress Report.

She added that the group will also be instrumental in helping to keep the framework in step with evolving global sustainability objectives and advising and supporting signatories on updates to the principles.

The global call for applications for membership to the advisory group, Dettling said, is expected to take place later this year after the election of the new Banking Board in September.

Five civil society groups will be selected to represent global regions (North America, Latin America, Europe, Africa & Middle East and Asia Pacific) and five others will be selected on the basis of their expertise in climate, biodiversity & ecosystems, human rights & gender, poverty & social issues and transparency & accountability. The other two positions on the board will go to representatives of bank clients and employees.

Dettling said that the call for civil society groups will be an open and transparent process, though she admitted that finding groups to represent some geographies, especially developing economies, would be harder than others.

Starting from 2021, member banks’ annual reports will be analysed by the UNEP FI Secretariat to make sure they are in line with their commitments under the principles.

Any issues will be taken up in the first instance by the Secretariat, which will engage with the bank to address any shortcomings. If this is not successful, the bank will be referred to the Banking Board, which consists of 11 bank representatives and one UN representative.

Following engagement by the Banking Board, if the member still fails to respond, it will then result in the bank either being delisted or having its membership suspended – the latter happens if there is a reasonable chance that the bank can address the issue in the future.

Next month, the Principles for Responsible Investment (PRI) is expected to delist signatories that do not meet its minimum requirements, following two years of engagement.

Delisted signatories will not be permitted to re-join for a year, according to a blog on the responsible investment group’s website.

Elsewhere, Europe Beyond Coal has published a report highlighting the role European banks such as Barclays, BNP Paribas, UniCredit play in financing Europe’s top eight coal utilities, which are responsible for half of all EU coal-based CO2 emissions.

Fool’s Gold – The financial institutions risking our renewable energy future with coal reveals that UniCredit was the worst offender, providing €2.8bn in loans and underwriting services since UN scientists warned in 2018 that we have 10 years left to avert the worst consequences of climate change.