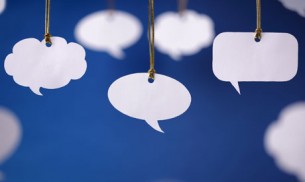 The United Nations-backed Principles for Responsible Investment (PRI) has renamed the Clearinghouse, its online engagement forum that has been operational almost since the organisation’s launch in 2006.

The new name for it is the Collaboration Platform. The Clearinghouse was one of the PRI’s first achievements after it was launched at the New York Stock Exchange a decade ago.

The new platform is being demonstrated to investors as part of the PRI’s 10 Year Global Workshop Series. More than 500 PRI signatories have been involved in at least one collaborative initiative on the platform in the past 10 years and more than 700 collaborative proposals have been posted. As at August last year, the Clearinghouse as it was then had 127 asset owners active during the year to the end of June this year. That was up from 96 in the same period the year before.

The Clearinghouse was the brainchild of the PRI’s founding Executive Director James Gifford, whose PhD was in shareholder engagement and who was involved in the original programming.

In an interview with RI in 2014, PRI Chairman Martin Skancke explained how he was keen on making the most of the platform. He spoke of “reducing the transaction cost of engagement and making sure it becomes more worthwhile”.A webinar in February (What’s Up On The Clearinghouse?) provided an overview of engagements, with the PRI’s Olivia Watson highlighting ongoing Clearinghouse initiatives on water, fisheries and the Investor Working Group on sustainable palm oil. The new platform features on the PRI’s new look website.

Posts to the platform include:
• invitations to sign joint letters to companies;
• proposals for in-depth research and investor guidance;
• opportunities to join investor-company engagements on particular ESG themes;
• calls to foster dialogue with policy makers;
• requests for support on upcoming shareholder resolutions.

It comes as the PRI is developing a Statement of Purpose for the financial system that will lead to projects to address systemic risks and sustainability challenges. Preliminary findings will be presented at the PRI’s 2016 Signatory General Meeting (SGM) in Singapore on September 6 and discussed during PRI in Person. The final Blueprint for Responsible Investment will be published in early 2017 and will inform the PRI’s strategic direction and priorities over the next decade.