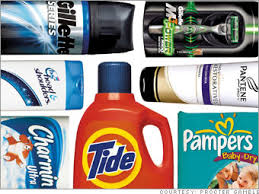 A proposal from US socially responsible investment firm NorthStar Asset Management seeking disclosure of political contributions from consumer products giant Procter & Gamble has failed to get through the Securities and Exchange Commission’s “no action” process.

In effect, the SEC has given P&G the nod to omit the proposal from its forthcoming annual general meeting. NorthStar had sought to oblige P&G’s board to disclose the firm’s political campaign contributions, particularly those that “raise a substantial issue of incongruence with corporate values.”

Boston-based NorthStar, which has $160m in assets, believes its proposal is necessary following discrepancies between the P&G’s stated values and its campaign contributions.

NorthStar said that despite P&G’s claim of having a “long-term environmental vision,” 30% of its campaign contributions went to candidates who voted to de-regulate greenhouse gases and/or against the American Clean Energy and Security Act of 2009. The act would have established a national emissions trading scheme similar to the existing one of the European Union.It never became law, however, due to opposition in in the US Senate.

NorthStar added that while P&G says it does not discriminate on the basis of sexual orientation, another 30% of its campaign contributions were for candidates voting against the repeal of Don’t Ask/Don’t Tell (the gag law for gay military personnel), and/or for the Marriage Protection Amendment that would eliminate equal marriage rights nationally. NorthStar owns more than $2,000 worth of P&G stock.

In a letter to the SEC, P&G claimed that NorthStar’s proposal did not arrive in time to meet a deadline of April 26 for its AGM.

“While the proposal is dated April 25, the company received the proposal on April 29…This is evidenced by the delivery receipt from Federal Express,” wrote P&G senior counsel Sandra Lane. Lane included the FexEx tracking report in her letter.

The SEC upheld Lane’s view, saying in a response to P&C that it would take no action against the firm if it left out NorthStar’s proposal from the AGM agenda. That AGM is scheduled for October 8 in P&G’s home base of Cincinnati, Ohio.