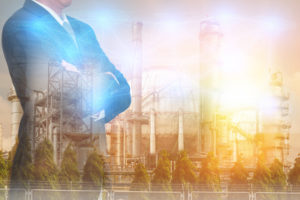 Climate finance from institutional investors averaged $9bn in 2017/18, over three times greater than in 2015/16, according to new analysis from the Climate Policy Initiative (CPI) think tank.

Overall, the CPI found global climate finance reached a record high of $612bn in 2017/18, but warns it remains far short of the finance flows needed for an effective low-carbon transition to tackle the climate crisis.

The analysis, Global Landscape of Climate Finance 2019, analyses climate finance by use, geography and source.

Renewable energy received nearly two-thirds of institutional investors’ financing, and more than 90% of finance from smaller funds, with new coverage of low-carbon transport accounting for the remainder.

Speaking about the increase in institutional investment climate finance, Rob Macquarie, analyst at CPI, said: “We see two primary factors triggering this increase. First, there is greater maturity in renewable energy markets. Generation from renewable sources is now cheaper than that from fossil fuels and accordingly projects are being perceived as less risky, which is important for these actors seeking stable returns.“Second, it’s likely that recent regulatory and industry signals, and initiatives to measure and promote the shift towards sustainable finance are starting to have an effect across sectors.”

The flows of project-level climate finance from institutional investors remain much smaller than for corporations and banks however.

But, the report also notes that major banks’ average annual lending for fossil fuel expansion (new reserves, infrastructure, and power) in 2017/18 has been estimated at $178bn, indicating that “commercial lenders still have to implement a major shift in investment strategy to align their financing activities with decarbonisation pathways under the Paris Agreement”.

Dr. Barbara Buchner, Executive Director of Climate Finance at CPI, said: “Given the urgency of the climate challenge, it is a positive sign that we have passed the half trillion dollar mark of investment towards climate change activities.

“Still, this is simply not enough, especially as investments in polluting industries continue to effectively cancel out these efforts to address climate change. Leaders should be focused on total economic transformation.”

According to the CPI, estimates from the IPCC state that a range of $1.6trn to $3.8trn is needed annually between 2016-2050 to achieve global climate change goals.