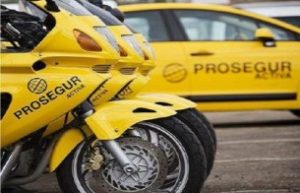 Investors in Spanish private security giant Prosegur have met to discuss concerns about alleged workers’ rights abuses at the company’s South American operations which is subject to a complaint to the Spanish National Contact Point (NCP) for the OECD.

Prosegur is the third biggest security firm in the world behind Securitas and G4S.

The private meeting, which was organised by global trade body UNI Global Union, was recently held in London at governance advisory firm PIRC’s offices and involved 20 people including Prosegur shareholders and a ratings agency.

At the meeting, UNI discussed its concerns about the Madrid-listed company’s operations in South America, alleging discrimination against union members, harassment and retaliation against union leaders, the dismissal of workers who engage in lawful strikes, and the denial of permanent employment contracts for union activists.

UNI Global has filed a complaint against Prosegur with the Spanish NCP under the OECD’s Guidelines for Multinational Enterprises that is still under review.

Hoffman said that investor concern about Prosegur was expressed at the meeting, and she said the Ruggie Principles were discussed.

“Ideas were discussed about what investors can do,” she said. “Investors have parameters and protocols around how they can raise awareness with the Ruggie principles and we discussed them.

“The Principles are a game changer, a framework for the argument on responsibility. Businesses have to take this responsibility seriously and can’t hide anymore.”She said there was also talk about coalition work and described the investors in the room as “significant”.

UNI Union Global has also lodged a complaint against Prosegur – which is a signatory to the UN Global Compact and a member of the FTSE4Good IBEX Index – with the International Labour Organisation. Link to UNI Prosegur campaign page

“The implementing of good governance practices is an essential element to guaranteeing the company’s success and the sustainability of the business. Responsibility is based on the principles outlined in the Unified Good Governance Code of Listed Companies published by the Spanish National Securities Exchange Commission (CNMV), as well as the recommendations in this regard from the main international institutional investors.

“Finally, Prosegur takes pride in its socially responsible behaviour, which is contrary to the allegations only being made by UNI and a few persons or unions related to them. As an example, about 20% of the employees of the Company are members of a union. In addition, Prosegur currently has over 180 active and valid collective agreements in these countries, which apply more than 80% of our employees.”