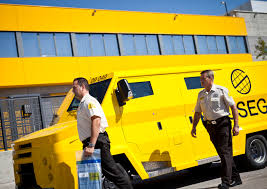 Investors in Spanish private security giant Prosegur have met to discuss concerns about alleged workers’ rights abuses at the company’s South American and Indian operations which is subject to a complaint to the Spanish and Colombian National Contact Points (NCP) for the OECD.

Prosegur is the third biggest security firm in the world behind Securitas and G4S and the private meeting was organised by global trade union body UNI Global Union.

Speaking to RI, Christy Hoffman, deputy general secretary at UNI Global Union, said Madrid-listed Prosegur had an upcoming partial listing of its cash-in-transit arm and UNI was keen to talk with investors about alleged human rights abuses ahead of this.

“We are convinced some investors will engage with Prosegur as a result of the meeting,” she said. “The participants were well-informed and asked smart questions.”

At the meeting, attendees heard from representatives for Prosegur workers in India and Latin America.

Marvin Largaespada, a regional director for UNI in Latin America, said there were a series of violations from Prosegur, including the obstruction of unions and collective bargaining. He also raised concerns about chronic health and safety problems at the company.

Vinod Shetty, a human rights and labour lawyer, spoke about research he has conducted about labour standards amongst Prosegur workers in India.

Shetty said Prosegur was the fastest growing security agency in the country but alleged workers did not have access to employment letters or payslips, contravening Indian law. Shetty warned the company risked being subject to major litigation as a result. He also claimed Prosegur paid workers below the Indian minimum wage of $200 a month and it discouraged the formation of unions.

UNI Global has filed a complaint against Prosegur with the Spanish and Colombian NCPs under the OECD Guidelines for Multinational Enterprises that is still under review. It filed a similar complaint to the Spanish NCP over three years ago. Hoffman says while its some of the concerns, focused on Latin America, were initially resolved with Prosegur, the company had not changed poor labour practices such as discouraging unions.In its latest annual report Prosegur describes itself as a “responsible company” working to raise standards in the private security sector in all of the country in which it operates.

It cites work it has carried out with the United Nations Global Compact on the role of the Spanish business community towards the Sustainable Development Goals objectives.

Prosegur is majority-owned owned by the controlling Revoredo family. Other major shareholders are the Oppenheimer International Growth Fund and Cantillon Capital Management.

A spokesperson for Prosegur said in a statement: “It’s clear that UNI Global Union keeps using the OECD Guidelines for Multinational Enterprises to achieve a compromise that goes beyond the scope of the Guidelines.

“UNI Global Union’s approach disregards the difference between a disagreement on a particular issue between employer and employees, which can be dealt with under the local legislation, and the violation of fundamental labour rights, which is the subject of the Guidelines.”

“The facts reported by UNI Global Union in its complaint are not objective neither complete, and comprise biased statements that are untrue and damage the reputation of our firm and our employees.”

The spokesperson argued that in certain cases, disputes have been settled in favour of Prosegur and offered one example of a first instance employment tribunal in Paraguay. In such a case published on 28 November 2016, the judge held that an unfair dismissal claim brought by a group of former employees on the grounds of labour rights violations, was not unfair but rather a termination of their contracts by mutual consent.

The spokesperson added: “Currently the Spanish NCP has not started any proceeding as a result of UNI Global Union’s complaint.”

Approached by RI, the Spanish NCP was not available for comment at the time of writing. NCP complaint.