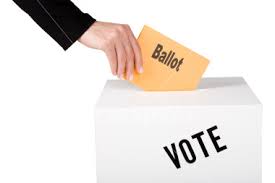 The Sustainable Endowments Institute, which was founded by Rockefeller Philanthropy Advisors (RPA) in 2005, has taken over the running of the Proxy Democracy site which collates investor voting for company annual general meetings.

The Cambridge, Massachusetts-based institute, which is not now funded by RPA, has pioneered research, education and outreach to advance resilient institutional responses to the climate crisis. It is involved in the Billion Dollar Green Challenge to get colleges, universities, and other nonprofit institutions to invest a combined total of one billion dollars in self-managed revolving funds that finance energy efficiency improvements.

He set up the site when he was a doctoral student in Government at Harvard University, but his priorities have changed now he is a professor of political science at Oxford University, where he focuses on electoral systems, corruption/accountability and the relationship between money and politics. He’s not working on proxy voting and added that the site “basically runs itself”.

The site was originally set up to help investors “use their voting power to produce positive changes in the companies they own”.It operates as a nonprofit organization, sponsored by RSF Social Finance, the San Francisco-based body inspired by the work of philosopher Rudolf Steiner.

It had funding from various foundations, including the Nathan Cummings Foundation, the General Service Foundation and the Noyes Foundation. Its board comprises Mark Orlowski, Executive Director of the Sustainable Endowments Institute, Nicco Mele, co-founder of web development firm EchoDitto and Mark Latham, director of VoterMedia.org.

When it was launched Nell Minow, co-founder of The Corporate Library and a leading voice in US corporate governance, said: “I just about stood up and cheered when I saw this site.” It was also welcomed by the likes of Stephen Davis of the Millstein Center for Corporate Governance at Yale University and CorpGov.net Publisher James McRitchie.

The site has collected agendas and institutional investor votes for 66,574 shareholder meetings taking place between July 1, 2003 and May 16, 2016. Its database contains votes from 176 mutual funds from 60 leading fund families, as well as three public pension funds, a union pension fund, and two investment advisers. Link