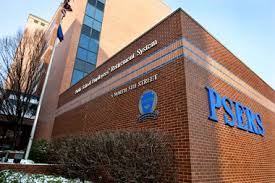 The $52bn Pennsylvania Public School Employees’ Retirement System (PSERS) and Germany’s Commerzbank have ultimately failed in their attempt to sue Moody’s, Standard & Poor’s (S&P) and Morgan Stanley for damages in a case that dates back to the global financial crisis of 2007-2008.

The case centres on a structured investment vehicle (SIV) called Cheyne that was set up by Morgan Stanley in 2004. Cheyne’s bonds were backed by US housing mortgage securities.

Morgan Stanley then placed Cheyne’s bonds with investors after they received a AAA credit rating from Moody’s and S&P. Among the investors in Cheyne’s bonds were the Abu Dhabi Commercial Bank (ACDB), PSERS and Commerzbank.

Cheyne’s bonds became worthless in 2007, as US citizens began to default on their mortgages, some of which were of the subprime category. The SIV failed, and in August 2008, the Abu Dhabi bank filed suit against Moody’s, S&P and Morgan Stanley.PSERS and Commerzbank later joined the suit, which essentially charged that the three defendants misled investors about the credit quality of Cheyne’s bonds.

News reports at the time stated that Morgan Stanley asked Moody’s to use the same volatility assumptions for subprime-backed mortgage securities as for those that had prime home loans as collateral.

The original Abu Dhabi lawsuit was settled in April 2013, with $225m (€207m) paid to plaintiffs, but PSERS and Commerzbank were not part of the settlement.

This was because US District Court Judge Shira Scheindlin had dismissed PSERS and Commerzbank as plaintiffs.

Regarding PSERS, Scheindlin cited an arcane federal law regarding jurisdiction to exclude the pension fund. Commerzbank, meanwhile, “did not have standing” – i.e. could prove that it was an injured party – according to the judge. In her ruling from February 2013, Scheindlin also denied giving the case class-action status.

Scheindlin’s three decisions were ultimately upheld by two rulings from appellate courts, the first one in October 2014 and the second late last month.