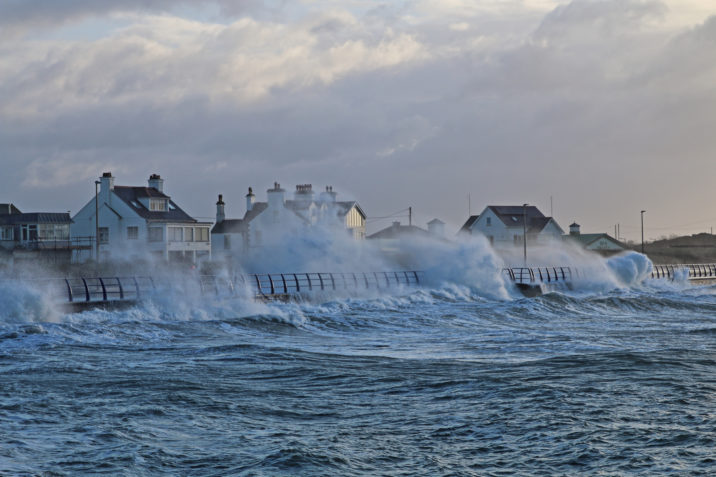 With annual wildfires ravaging forests and floods and hurricanes battering coastal communities, the need for climate resilient investment is becoming increasingly clear. However, global spending on adapting to the effects of climate change significantly lags expenditure on preventing it.

With the focus at COP27 in Egypt this year likely to be increasingly on how to cope with the physical effects of global warming, the topic is more pertinent for investors than ever, even as the space continues to lag behind.

Michiel de Bruin, portfolio manager of Robeco’s global and US green bond funds, says climate disasters are proving to be a wake-up call. Even under current expectations for global temperature rises, the impacts of climate change will get worse, he adds. “That is pointing towards more attention for adaptation.”

As with every topic in the ESG world, the major stumbling block is data and measurement. “We lack a consistent view of how a certain hazard is going to evolve in critical timescales for decision-making,” says Carlos Sanchez, executive director of the $35 trillion, 128-member Coalition for Climate Resilient Investment.

A consistent methodology for “interpretation of the physical story into the financial materiality story” is also missing, he says, meaning investors are unable to either foresee or reward integration of and resilience against physical risks.

“What we have in combination is not only a situation in which the integration of these risks is not properly supported or recognised, it’s actually penalised,” says Sanchez . “We have evidence from members of the coalition that say ‘look it’s not that we don’t want to do this it’s that we are penalised for doing this.’”

Craig Davies, CEO of climate consultancy Cadlas, agrees. He notes that it has always been difficult to define revenue streams for climate resilience – for example, measuring the lost revenue from a non-resilient asset versus a resilient one. However, he says there has been “quite a bit of progress” on developing the financial modelling.

There are already signs of progress in helping investors to understand physical risk. Disclosures on the topic are being integrated into reporting frameworks such as TCFD, which requires reporting both of physical risk and actions taken to mitigate it. Credit ratings agencies are also beginning to offer physical climate risk services as part of corporate ratings activities.

Cadlas’s clients are beginning to use this information more strategically, Davies says. Investors are not just shifting capital away from assets exposed to high levels of risk but also looking for opportunities to invest in more resilient assets, as well as those which contribute towards resilience.

While the integration of physical climate risk into the investment process is hampered by a lack of data and tools, market participants say the sector presents plenty of investable opportunities.

As well as integrating physical climate risk and resilience into the investment process, managers can gain exposure to both “adapted investments” – assets which have been made more resilient to the effects of climate change – and “enabling investments”, which provide solutions.

Jay Koh is a partner at private investor Lightsmith, which manages a $185 million global growth equity fund investing in adaptation and resilience. “We think it’s a multi-hundred billion dollar market today and will be substantially larger than that,” he says.

One of the key challenges is identifying investments. “Ninety-plus percent of the companies that we would talk to that we think have adaptation solutions and technologies would say that they don’t do climate change anything,” says Koh. “They would call themselves risk management solutions or agricultural data and analytics companies or digital mapping and geospatial information companies. But those are all the starting points from which you can actually begin to analyse and address the scale of the problem that we’re facing.”

The opportunities are not just in private markets. Koh says that public firms across the scale of market capitalisation are also acting in the space.

Davies agrees, noting that he sees a “thirst” from investors for better definitions of what a climate resilient investment is. Investors are also looking for financing instruments to facilitate investments, he adds, as asking investors to “operate on a basis of ad hoc investments” is unlikely to help scale the market.

For fixed income investors, the pickings are relatively thin. As Robeco’s De Bruin notes, while some green bonds have included specific allocations to adaptation and some issuers have dedicated significant portions of their proceeds to adaptation, overall volumes remain limited.

Allocation figures from the Climate Bonds Initiative show $8.8 billion was allocated to adaptation in 2022 thus far, with a cumulative allocation of $35 billion – just 1.86 percent of total funds.

However, some specialist labels are beginning to appear in the market. The EBRD has issued a number of climate resilience bonds, while advisory organisation Earth Security is developing a mangrove bond in partnership with HSBC Australia to raise funds for coastal mangrove forests, which both improve resilience against flooding and act as a carbon sink. De Bruin says he would “definitely have a look” at an adaptation bond if it was eligible for his funds.

For Koh, the investment case is simple.

“We don’t know what’s going to happen to the credit cycle, or to the war in Ukraine, but 10 years from now we’re pretty sure that climate change will continue to happen,” he says.

“Against that, we think there’s a great opportunity to meet the challenge by investing in companies that have the ability to help us understand how that problem will unfold and to address and manage the scale of the problem of climate change.”

Looking to the future

While the space continues to grow, and investable opportunities are increasing, it has a long way to go before it catches up to transition financing.

For Koh, there is a “psychological barrier” to investing in adaptation. “The unfortunate reality is that climate change is happening and will continue to happen, at least on a 1.5C trajectory, and that is a difficult reality to process,” he says.

“Your choice is otherwise to continue to reduce greenhouse gas emissions, which we’re doing, and simply suffer the impact, which is ongoing, in a much less thoughtful and premeditated way.”

Davies estimates that adaptation is currently in a similar position to transition financing 15 years ago. However, he says that integrating resilience into investments is a market inevitability, and the penny is beginning to drop for investors.

“The pace of movement on climate resilience is also going to be driven by the external reality of what’s happening in the world,” he says. “It’s very likely that we’re going to see an acceleration.