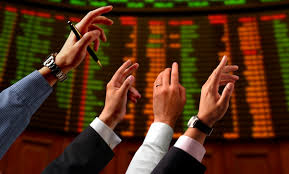 This is the second of a two-part series. The first is available here.

Since the publication of this article BlackRock have asked us to note that it has the largest stewardship team in the financial industry, and that engaging on environmental issues is one of the team’s priorities, as outlined here.

One problem the market is grappling with is how to define the term ‘impact’ and how it is achieved in practice. Some are sceptical of its use by large houses.

“BlackRock has ‘impact’ in the title of two of its funds, their largest holdings include Amazon, JPMorgan and Pepsi. Under no circumstances can buying equity in these companies be considered impact investing.”

This is the view of Colin Baines, investment engagement manager at Friends Provident Foundation, which has been an active impact investor since 2007.
The first part of this series found Blackrock’s impact funds contained tobacco, oil and utility stocks.

Baines says when Friends Provident recently explored the market it found many products to be poor quality, so it decided to join like-minded investors and “do it ourselves”.

Friends Provident is one of six partners on Project Snowball, an ambitious impact fund in development that invests across different asset classes.

It has signed up two public equity impact asset managers: WHEB and Wellington Management, who Baines says are two leaders in the space. For the rest of the market, he says: “Too many are misappropriating the language of impact for marketing purposes and have very little substance behind it.”

Cliff Prior, chief executive of the UK’s biggest impact investor Big Society Capital, shares Baines’ concerns: “Impact investment is intentionally doing something new. That is what some of the funds are currently doing. But some of the companies that are saying they are impact investors are really ESG. “

This concept of ‘doing something new’ is central to additionality – a key tenet of the impact investment sector for many.

Johanna Köb, head of responsible investment at Zurich Insurance, describes in a LinkedIn article how the concept originally stemmed from the realm of development aid. It centred on making sure projects carried out with Western tax money in developing countries were truly additional, in the sense that they only financed programmes that wouldn’t have happened anyway.

Since, some have broadened the concept of additionality to reflect the contribution made to impact.

Engagement and stewardship is one of the ways impact investors in the public equity space feel they are additive.

Hermes Investment Management, founded in 1983, is considered one of the pioneers of stewardship in the UK investment space. In late 2017, it launched the Hermes Impact Opportunities Fund that invests in public companies with products or services designed for the underserved or unmet needs in the global economy.

“Hermes is well known for its leading position in responsible investing backed up by the power of Hermes EOS, our stewardship arm. Because if you are going to be really purist about it you could say that engagement is really the only tool for impact in public markets because of that additionality.”Parry says engagement is a powerful force for changing behaviours and actually addressing the SDGs in stewardship.

He adds: “The one advantage that public markets have is that they touch every sector and every country in the world, directly or indirectly, so they have this incredibly breadth of opportunity to influence the world.

“The intensity of impact achieved can be a lot less, so if you multiply duration, by breadth, by intensity – then there is this significant potential for impact to be achieved from the public listed market.”

The team behind Wellington Management’s Global Impact Fund engages with public companies that are in its “opportunity set,” but do not yet meet their eligibility requirements in an effort to inform, and in some cases, influence them.

An example is engaging with a renewable energy company, which had a small stake in a coal-fired plant. “We talked to them about converting that one asset into a different fuel source,” says Portfolio Manager Eric Rice.

The portfolio management team has identified around 500 companies it judges to be above a certain threshold of impact to be eligible for its fund.

Rice admits it is a time-intensive strategy, but he sees the advantage in expanding the impact investment eco-system. “Yes this takes a lot of time and effort, but that’s what’s required with impact investing, and we’re encouraged to see more and more investors doing it.”

“For example, we are working on connecting a company that improves food yields with multilateral and bilateral agencies that fund programmes in the area. The company can operate in developed or developing countries where the scale is enough.

“They can’t operate in smaller or developing countries that lack scale or funding, but DFID [the UK’s Department for International Development] or any other aid agency would be interested in giving them some seed support to be able to test their tool. There are millions of people who could be supported in the way that has happened in India and China. If we can do that kind of matchmaking there might be a real impact by the company. It’s a whole different level of engagement.”

Rice says the benefit to Wellington is making a market for investee companies. “This is a pilot that takes considerable effort. We’ll see how it works but I think it has the chance to have a meaningful and genuine impact.”

Like Hermes, other investment managers also speak to levels of impact investment. Aberdeen Standard Investments measures what it terms “impact maturity” for companies including intentionality and a theory of change model. Zurich internally refers to “deep impact” to describe if an impact investment is additional or more catalytic in nature.

Project Snowball uses a “bulls eye” to rate investments on their impact where direct investments in social enterprises are in the centre of the bulls eye and towards the outer rim are good quality public equity impact funds.

Victoria Leggett, who co-manages UBP’s €61.3m Positive Impact Equity strategy, does say the additionality or “impactfulness” is potentially lower in public markets. But she says limiting impact investment to its original sphere of private markets won’t take it to the scale necessary to create broad change and locks out most retail investors.

“I think when we discuss additionality it is also important to consider accessibility as part of that. If you are creating additionality by creating an investor who couldn’t allocate before. It is our responsibility certainly to try and find an avenue to the retail investor because I think they are woefully underserved.”

There is clearly demand; Liontrust, which has a suite of sustainable funds, will start to measure their impact following client pressure, says Neil Brown, partner and fund manager.

As the market matures, its financial performance as well as its contribution to impact will be watched. But, traditional financial benchmarks often don’t reflect the nature of public equity impact funds. Some managers are agnostic. Some think it’s a problem. Leggett from UBP says, “ I do think it’s a challenge. As the impact industry develops and there are more competitors, for our internal use we have a created a composite benchmark for whom we consider our competitors – because that is a better judge of whether we think we are doing well or not. But at the moment I think it is just an unavoidable fact, really.”WHEB says its fund universe is 83% different from its MSCI World benchmark and has written a paper exploring the purpose of the index. “It essentially explores whether the index is a good starting point from which to generate long-term returns,” says managing partner George Latham.

Reflecting on its early role in the market and the rise of interest in impact investment in the public equity space, Latham says: “The strategy has been run for 13-14 years. If you looked back at where we started off in the early 2000s compared with today, then our evolution has been continuous based on what we have learnt.

“To start an impact strategy in public markets today requires a level of investment and deep-rooted thinking on impact to bring something together that is comprehensive and crafted properly. This is an attractive concept that has caught the imagination.

“There are some serious and thoughtful investors who have spent some time and investment to put together an answer to that attractive opportunity and there are others who have seen impact as a bandwagon rolling in and jumped on board. Consultants, intermediaries and advisors have to cut through that.”