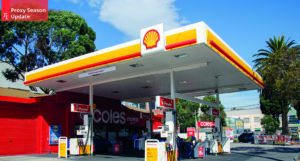 Speaking on a webinar hosted by climate activist Follow This, last week, Hohn said it was “obvious” that shareholders should vote down Shell’s recently unveiled climate strategy and support the proposal put forward by Follow This, calling for short-, medium- and long-term Paris-aligned reduction targets covering all emissions (Scope 1,2 & 3).

Hohn added that it was important to “call out” investors that support insufficient climate plans while claiming to be active on the issue: “It is absolute greenwashing and hypocrisy for fund managers like the BlackRocks of this world to say ‘we’re doing all of this great stuff on climate’, but then supporting plans that don’t lead to any reductions”, he said.

His intervention came just a week after the Church of England Pensions Board (CEPB) announced that it is “likely” to give its seal of approval to Shell’s new transition strategy and also vote against the Follow This proposal again this year at the Anglo-Dutch oil firm.

In a statement earlier this month – notably without Robeco – the faith investor said that it is likely to support the oil major’s new climate plan given the “progress that Shell has made as a result of engagement”. Robeco told RI that it does not disclose voting positions ahead of company meetings.

In particular, Shell’s plan to decarbonise ‘in step with society’ was criticised by LAPFF for a lack of leadership and described as “a recipe for being left with stranded assets”.

At the same time, Sarasin & Partners announced that it will also vote against Shell’s climate plan “due to concerns that until their financial statements properly reflect the implications of a net zero pathway, it is impossible to know whether the transition plan is credible or economically feasible”.

The London-based asset manager, which has led a three-year engagement effort on Paris-aligned accounts and audits, also said it will vote against the chair of Shell’s Audit Committee and financial statements, unless the company makes a “public commitment prior to the AGM that its 2021 financial statements will be aligned with its net-zero aligned strategy”. Sarasin & Partners said it would support the Follow This proposal again this year.

Shell was the first oil major to offer shareholders an advisory vote on its transition strategy, following the launch of the high-profile ‘Say on Climate’ campaign by Hohn and his TCI fund late last year.

In its AGM notice, published this month along with its new climate plan, Shell described the Follow This proposal as “unnecessary”.

Adam Matthews, Chief Responsible Investment Officer at CEPB agreed with Shell, writing: “In light of this opportunity to vote on the company’s own energy transition plan and the progress made, we do not see a need to vote in favour of the Follow This Resolution at the AGM. However, we expect to support Follow This resolutions at other companies where progress is not so obvious.” Matthews wrote an op-ed piece on Shell this week for RI.

But speaking on the recent webinar, Hohn said: “It's very clear, shareholders should support the resolutions proposed by Follow This and send a clear message that we must have targets. Five-year targets are key. Without near-term targets, we’re not going to get anywhere, we’ll have vague commitments that don’t do anything. Targets and a plan to back them up are fundamental to the change we need.”

Three of the US’ largest public pension schemes are now behind activist fund Engine No.1’s campaign to replace four of Exxon’s directors with its own climate competent nominees. CalPERS, CalSTRS and most recently the New York State Common Retirement Fund have all pledged support for the campaign at the US oil giant.

Last year, New York State and the Church Commissioners for England, which led on Exxon as part of CA100+ at the time, called on shareholders to vote against the oil giant’s entire board in response to its inaction on climate change.

TMX Group, the owner of the Toronto Stock Exchange, announced last week that it would back a shareholder proposal on racial diversity and indigenous inclusion at its annual meeting on 12 May.

It is the first time that a corporate board has recommended support for a resolution on indigenous peoples and is likely to result in it garnering significant support. The proposal was filed by investor association SHARE on behalf of the Atkinson Foundation. SHARE’s CEO Kevin Thomas told RI that the move is “really significant” and signals to the rest of the companies on the exchange that the issue is on the agenda.

Similarly, last month, US giants Bunge and General Electric took the unusual step of recommending that shareholders supported ESG proposals filed at them on deforestation and decarbonising, respectively.

In its proxy statement, Bunge’s board called for a vote in favour of a proposal filed by Green Century Capital Management on developing a policy on reducing deforestation in the US food giant’s supply chain.

General Electric also asked investors to support a proposal asking it to report on progress against the CA100+ Net Zero Company Benchmark. The proposal was filed by US non-profit As You Sow.

Financial service firm Moody’s received near unanimous support for its climate plan last week. Moody’s was one of the first companies to offer a ‘Say on Climate’ vote, following a campaign against it by Hohn’s TCI fund.

Investment behemoth BlackRock was among those who supported Moody’s decarbonisation strategy and the introduction of a climate vote at Canadian Pacific Railways. Earlier this month, however, representatives of both CalPERS and the Office of New York City Comptroller raised concerns that advisory ‘Say on Climate’ votes could unintentionally take the heat off boards and rubber stamp inadequate climate plans. Both CalPERS and New York City’s pension funds abstained from the ‘Say on Climate’ vote at French construction firm Vinci this month and voted against Moody’s plan.

This year members of the Interfaith Center on Corporate Responsibility (ICCR) filed shareholder proposals at five US pharmaceutical giants calling on them to disclose how Covid vaccine and treatment prices will reflect the role taxpayer-funded support played in their development.

Last week, the proposals at Johnson & Johnson and Pfizer received healthy first time support of around 31% and 28%, respectively. Votes at Merck, Eli Lilly and Regeneron will take place in the next couple of months.

Earlier this week, a third proposal calling on a US financial heavyweight to undertake a ‘racial equity audit’ went to the vote at Wells Fargo. But compared to the tallies at Bank of America (25%) and Citigroup (37%), the 12% support at the San Francisco based bank was a significant drop off. See RI’s coverage of the audit proposals yesterday.

Last week, a proposal asking US beverage giant Coca-Cola to produce an independent report on the risks – financial and reputational – resulting from the “changing scientific understanding of the role of sugar in disease causation” was supported by 9.4% of shareholders. It was filed by California-based Harrington Investments.

Another proposal calling on US weapon manufacturer Lockheed Martin to produce a report on its human rights due diligence was backed by around 30% of investors last week. The proposal was filed by US faith investor, Sisters of St. Francis of Philadelphia.