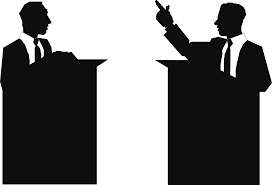 When US fund rating giant Morningstar turned its hand to sustainability ratings in 2016, it might have been expected that it would be seen as a positive development by the ESG community, especially as the ratings were created in partnership with established ESG research house, Sustainalytics – a relationship that deepened in 2017 when Morningstar acquired a 40% stake in the firm.

The reception, however, was distinctly frosty. Morningstar’s five ‘globe’ rating of 20,000 funds (now 34,000 funds) was regarded by some working in ESG as lacking nuance and potentially even misleading. In an article on RI Andy Howard, Head of Sustainable Research at Schroders, disparagingly referred to the rankings at the time as “painting by numbers”.

The concerns were that the reduction of a fund to a single sustainability score would distort, that the rankings had unintended biases related to company size and location, and that such a holdings based approach did not take account of things like investor engagement. Defenders argued that Morningstar/Sustainalytics were leading the market forward, even if imperfectly.

Morningstar’s CEO, Kunal Kapoor responded to the criticism levelled against the ratings by stressing their evolving nature: “It’s a bit like missing the forest for the trees when you say the rating is not perfect on day one because certainly the intent of the rating is to start to provide the information that people need and then evolve. You can look at any rating and poke holes in it but if you look at what we have done, we have taken a very complex set of information and delivered it in a way that people can consume it, relate to it and begin making decisions based on it”. He added that the data is not to be used on a standalone basis and described it as “one leg of a stool”.

US index and research provider MSCI – widely regarded as Morningstar’s main rival – launched its own offering in the same month (March 2016). The MSCI ESG Fund Metrics currently covers 28,000 funds globally. Arguably, it has kept a slightly lower profile than the Sustainalytics ranking, and attracted less ire.

Is it OK then to see Morningstar’s sustainability ratings as an example of a mainstream player finding its ESG feet and taking sustainability data mainstream? Barron’s, the American weekly financial magazine, now publishes an annual ranking of 203 US funds based on their sustainability credentials for the last two years, relying on the Morningstar data for its ratings. And global web service provider Yahoo – which has around 75 million monthly users – told RI it plans to host Morningstar’s ESG rankings of 28,000 funds on its dedicated finance platform, Yahoo Finance.

Or, are such ratings inherently a threat to the integrity of the sector?

Certainly, discord about the methodology of sustainability rankings has not prevented their proliferation.

Impact Cubed, a product launched by Auriel Capital, the hedge fund, scores funds on what it says are a number of neutral data points that can act as proxies for output that corresponds to the United Nations Sustainable Development Goals (SDGs).Others are pitching what they say are solutions to the Morningstar/ranking information shortfalls.

Sustainable investing stalwart Cary Krosinsky told RI that rankings such as Morningstar’s “aren’t meaningful, actionable, interesting, or useful”. He argues that without considering the overarching strategies of institutions, data based “snapshots” of funds’ holdings, when considered in isolation, can be counter-productive: “If you are an investor in a company trying to improve its behaviour, you might get penalised because it has a low ESG score despite you consciously working with the company to improve it. You are going to get a bad ‘globe rating’ while you do that”. Only once you have qualitative strategies in place, Krosinsky contends, does quantative data become useful in telling you if the strategies are working.

Krosinsky is behind Real Impact Tracker, an initiative launched last year ranking US mutual funds and ETFs in what he says is a more contextualised way. Funds are ranked by their initiative on ESG strategy (depth and performance), shareholder engagement, public sphere advocacy, and performance.

But Toby Heaps, CEO of Toronto based Corporate Knights, an ESG media firm, told RI that the “obsession of engagement over investments has held back the uptake of responsible investment”.

Corporate Knights has published its own new sustainability ranking, Better World, which doesn’t focus on what a fund says but what it does – including a five per cent weighting dedicated to how managers vote on environmental resolutions at major companies.

When asked about the accuracy of such rankings, Heaps explained that they are “always going to be an initial initiator…but can be a strong proxy for the fund you want”.

Larry Lawrence, MSCI’s Head of ESG Product Development, echoed the view of ESG ratings as a useful guide: “we are very upfront about what this thing solves, it’s a holdings look-through which is meant to give you transparency and support any due diligence or evaluation process, it is not meant to solve every single problem.”

Heaps, however, caveated his position by stipulating that to be useful ESG ratings must conform to three principles: 1) it has to be “radically transparent” – down to the individual company rating, 2) it cannot be based on platitudes, it must be based on actions, and 3) It needs to be tailored to the investor.

On this third point, he said Corporate Knights will be launching a free online tool at the end of Q2/ Q3 “that will allow investors to select their own values” and see if a fund and its stocks are aligned.

MSCI’s Lawrence told RI that it is also continually assessing its methodology. On the criticism that holdings based rankings aren’t sufficiently nuanced, he told RI that, “we don’t currently look at intentionality [of fund managers], it isn’t part of the analysis” but added, “it is something that we are exploring…naturally everyone will move in this direction”.

Critical voices from seasoned ESG professionals are an important check and balance to excessive confidence on what rankings offer. But, the emerging nature of these rankings should be acknowledged too. The mainstreaming of ESG into fund rankings has the potential to catalyse or dilute ESG but this will depend in large part how the methodology and the data underpinning the ratings develops, and how much investors trust what it means.