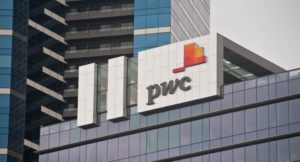 Fiona Reynolds, the outgoing CEO of the Principles for Responsible Investment, will join the former chiefs of BP and the Australian Red Cross on PwC’s new ESG advisory group.

The Australian arm of the financial services titan says the body will guide its ESG goals as well as working directly with PwC Australia clients.

“This critical role will not only help PwC Australia play a leading role in the ESG revolution, but will also help drive the changes that will benefit people and the planet,” said Reynolds, who will return from the UK to Australia, her home country, next year as she begins a new role as CEO of publishing house Conexus Financial.

Other members to have so far been named to the advisory group include Greg Bourne, a former president of BP Australasia and now chair of a wind farm project near Sydney. Bourne, who also headed BP’s Latin American exploration arm in Venezuela in the 1990s, spent nearly six years as CEO of WWF Australia after leaving the oil major. He has chaired the Australian Renewable Energy Agency, and was a member of BHP Billiton's Forum on Corporate Responsibility. Earlier on in his career, he was an energy advisor to UK Prime Minister Margaret Thatcher, who oversaw the widespread and controversial closure of Britain’s coal mines in the 1980s.

Bourne has been a vocal critic of the Australian Government’s fossil fuel expansion, saying in 2019: “We push fossil fuels with the zeal of a drug lord – we do not care about the misery we are creating.”

Judy Slatyer, former CEO of the Australian Red Cross, is the third member to have been named. Currently a member of the Organising Committee for the Climate Leaders Coalition, she is a former global Chief Operating Officer for WWF and CEO of Lonely Planet. Slayter has a particular interest in sustainability in the food, agriculture and land use sectors.

Further group members will be announced in due course.

Liza Maimone, PwC Australia Chief Operating Officer and ESG executive, said: “Our ESG Advisory Group members are individuals who have made, and continue to make, important contributions and impact across environmental, social and governance agendas for the prosperity of people and the planet.”