Responsible Investor
Home News & Analysis Environmental “Mum & Dad, did you know your pension is f@!#ing up my...
Return to search
Environmental 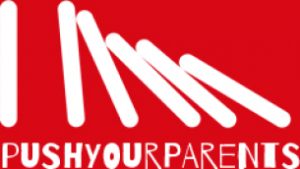 A UK campaign to encourage students to get their parents to write to their pension funds to demand action on climate change kicked off this week with the punchy strapline: “Mum & Dad, did you know your pension is f@!#ing up my future?” The ‘Push Your Parents Campaign’ was launched in Oxford on December 2. It follows similar student-led campaigns in the US, which have already led to 50 institutions divesting from some fossil fuels, including universities, churches and major cities like Seattle and San Francisco, according to the campaigners. 350.org, the US NGO that has been pushing the fossil fuel divestment campaign, says that campaign has spread to over 500 universities, cities and religious institutions across Europe, North America, Australia and New Zealand. Last week, RI reported that students at Yale, the Ivy League university, had voted in significant numbers to support a campaign for fossil fuel divestment by Yale’s $21bn (€15.6bn) endowment. Push Your Parents, the UK campaign, is adopting an activist e-mail approach used by ShareAction, the NGO-founded lobbying group for responsible investment, which enables beneficiaries to e-mail their pension scheme an enquiry about their policies on long-term environmental, social and governance (ESG) issues. The campaign said it hoped the e-mail petitioning would start regular contact by scheme members with their fund to convince them of the need to take action on long-term climate change issues such as the threat of stranded fossil fuel assets in the event of regulatory change as governments take action on rising CO2 emissions. Updated research published earlier this year by the London-based Carbon Tracker Initiative and the Grantham Research Institute on Climate Change and the Environment at London School of Economics and Political Science, said oil, gas and coal companies are spendingapproximately $674bn per annum – set to rise to a cumulative $6trillion over the next decade – on sourcing potentially ‘unburnable’ carbon assets. It said this means investor valuations on resources companies values could be hugely mispriced. The research has informed both the 350.0rg and ShareAction campaigns and is gathering increasing attention from concerned groups around the world.
The ‘Push Your Parents Campaign’ has created a list of demands it says beneficiaries could ask their pension funds:

The campaign, which was conceived and is being run by Oxford students, is being advised by RI professionals including, Raj Thamotheram, President of the Network for Sustainable Financial Markets and Mark Campanale, Founder & Director of Carbon Tracker. The advisory council also includes Teresa Ribera, former Secretary of State for Climate Change in Spain’s Government between 2008 and 2011.