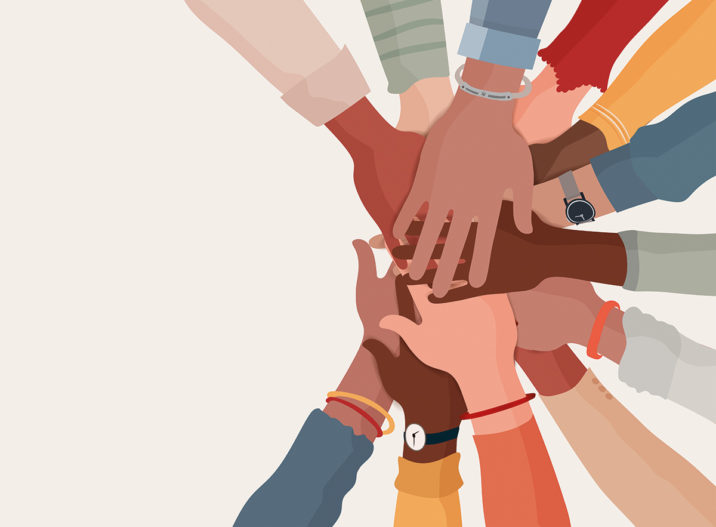 The success of racial justice audit proposals took even their filers by surprise last year, attracting unprecedented levels of shareholder support and even prompting a commitment from the world’s largest asset manager, BlackRock.

This year has seen even greater success, with the number of audit proposals more than tripling and eight of them achieving majority support, something not seen last year.

Filed in the wake of the killings of George Floyd and Breonna Taylor and growing awareness of the Black Lives Matter campaign, the first batch of proposals resulted in a flurry of commitments from firms, including early adopter private prison operator CoreCivic.

Racial justice audit proposals, which essentially ask companies to undergo an independent assessment of their impacts on communities of colour, are fast becoming an established tool in shareholders’ toolboxes. But how are the audits going? What has been learned from the experience of the first ones?

Edgar Hernández, assistant director, strategic initiatives department at US union Service Employees International Union (SEIU), admits it was a surprise when BlackRock committed to undertake an audit in 2021, following the filing of its proposal.

SEIU withdrew resolutions at BlackRock and CoreCivic following the commitments.

BlackRock’s decision in particular set a precedent for other firms. Hernández tells Responsible Investor: “Once BlackRock announced they were going to do it, no other financial institutions had any reason why they couldn’t do it.”

Levels of support for those that went to the vote in 2021 also helped bring companies to the table this year and to make pledges, Hernández adds. “Companies don’t want to be in a position where they lose a vote at their shareholder meeting.”

State Street Global Advisors, for instance, told SEIU not to re-file in the 2022 proxy season because it would do an audit. Others, such as Wells Fargo, however, dug their heels in. SEIU’s proposal at the bank close to tripled its support this year compared to last, with 36 percent of shareholders backing it.

Tejal Patel, corporate governance director at SOC Investment Group, another pioneer of the audit proposals, tells RI that the level of support for them has shown companies that the issue is not just the preserve of ESG funds. “This is a mainstream investing issue because there are serious headline risks associated with not having good policies related to racial equity,” she says.

SEIU has met with BlackRock several times to make sure work is on track to meet the spring 2023 deadline for the audit to be completed.

The investment giant has already hired a law firm to perform the audit – and Hernández tells RI that he understands conversations with US firm Covington & Burling had taken place. A spokesperson for BlackRock tells RI that it has no updates to share on the process at this time.

Hernández tells RI that at this point SEIU is “pleased” with BlackRock’s efforts.

The picture is less positive with CoreCivic. Not only was the private prison operator one of the very first to agree to audit its impacts, it was also one of the first to complete the process.

But speed isn’t everything. Hernández notes that BlackRock “wanted just a little bit more time to really think about how they wanted to do this report… just to make sure that they understood what this was, what this meant.”

The final recommendations in CoreCivic’s audit, published in March, omitted some “substantive things”, according to Hernández, although he says he cannot “really get into specifics”.

Another bone of contention was the selection of the law firm that conducted the audit, which SEIU was not consulted on. SEIU had hoped for one with “deep, extensive civil rights practise or experience”, which was not the case with the firm that was hired, Hernández says.

A spokesperson for CoreCivic tells RI that SEIU “understood that CoreCivic would have final selection of law firm or consultant used to conduct the audit”. He adds: “They also had unfettered access to the law firm we selected, Moore & Van Allen, both before and throughout the process, without any representation from CoreCivic present.”

Overall, the CoreCivic the report is a “good start”, Hernández says, but there’s “still a lot of homework to do with them”.

SEIU has now codified its requirements for withdrawing an audit proposal. It is asking that any audit should be done by a law firm with civil rights expertise, the company should commit to a timeline, and the report should be presented to SEIU and made public.

SOC’s Patel tells RI that the asset manager asks for similar things in its settlement agreements on audit proposals and “typically” also requests that a board member attend at least one of the follow-up meetings.

SOC reached agreements with Citigroup and JPMorgan Chase, which saw audit proposals backed by 37 percent and 40 percent of shareholders in 2021, respectively. JPMorgan Chase – whose CEO Jamie Dimon reportedly said that such an audit would only add “bureaucracy and BS” to its existing efforts – was hit with one this year too, but that was withdrawn following the bank’s commitment in March.

Patel tells RI that Citigroup has selected its auditor – Covington & Burling – and she believes the auditing process had started.

Citigroup had not responded to a request for comment on the progress of the audit at the time of writing.

SOC will start scheduling check-in meetings with Citigroup as set out in its settlement agreement with the bank, Patel says. The same will happen with JPMorgan Chase, which has also selected an auditor, and Uber, which also made a commitment this year in response to a proposal.

Audits can be done in “a few months”, Patel tells RI – but adds that SOC has “typically asked that they be done within a year”. Citigroup’s, she says, is expected to be published at the end of this year or the beginning of 2023.

“[O]ur understanding from auditors is that additional time is really beneficial for them to do their jobs,” Patel explains. She adds that SOC is happy with a longer timeframe if that is requested by the auditor, provided that this is communicated to the investor.

Going forward, Hernández says SEIU would focus more on setting out its expectations when it comes to the “scope” of audits. “Companies are really pushing back hard on what the scope is and I think that’s a big problem.”

He also stressed that audits need to go beyond the impact of charitable contributions and diversity, equity and inclusion efforts, and dig into things like companies’ operations and products.

When asked why firms push back against those aspects, Hernández says: “They don’t really answer it.”

Questions around pay disparities between employees of colour and their white counterparts, for example, prompt frustration, he says, suggesting that some companies do not want to confront the “hard questions” that an authentic audit might throw up. “We’ve always said to them, ‘If you really want to do this genuinely, there’s going to be some hard questions and that’s okay’.”

Another dimension that affects how far the proponent of a proposal can influence an audit is whether the company committed to one before being taken to a vote or after a proxy defeat.

Hernández explains that it is easier for a filer if the company settles. “Tensions still exist but it’s easier to have those conversations,” he says. With firms that suffered a proxy defeat, there is a tendency among some to “drag their heels a little bit” as they are being asked to do something they do not want to do, he adds.

Patel tells RI that McDonald’s and Apple, which suffered defeats on audit votes this year, have not spoken to SOC since they committed to undertake audits.

The silence of the companies “surprised” her, she says. “What’s interesting to me is the fact that even after a majority support, the companies are not necessarily engaging soon after with the proponent.”

Taking a wider view, Hernández tells RI that the initial audits are just the first step on a longer-term process and are setting out the “baseline”. SEIU intends to come back in a few years, maybe more, depending on what the audits recommend, and check on progress.

While support for racial justice audits has been unprecedented and firmly ingrained in the shareholder toolkit, Hernández believes there is a point at which the proposal will lose “some of its effectiveness”.

“Think about the separation of chairman and CEO proposals. I don’t remember the last time one of those ever won… but I have to believe when it first came on the scene, it was probably pretty exciting, right?”

For SEIU’s part, he adds: “Eliminating systemic racism is not going to happen in two or three years. That’s what we’re committed to doing, and making sure that the companies we filled resolutions at are going to be engaged in the long term in this process.”