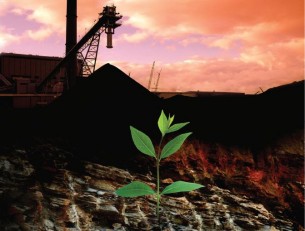 CalSTRS, Schroders, Nordea and Hermes are among new investors to join a coalition demanding new global safety policies for the mining industry, after the Vale dam collapse that likely claimed 300 lives in Brazil earlier this year.
The coalition, which launched in January as a £1trn investor group, now represents more than £5trn and is calling for profound changes to industry management of tailings dams – the storage facilities for toxic mining waste. The initiative is led by the Church of England and Sweden’s Council on Ethics, which coordinates the country’s main public pension funds (AP1-AP4).
Others to have joined the group since it launched include Border to Coast Pension Partnership, Brunel Pension Partnership, Aberdeen Standard, USS, Royal London, and Aegon, Mercy Investment Services. RI understands that further names are going through internal processes to support the initiative and will be announced soon.
Adam Matthews, Director of Ethics and Engagement for the Church of England Pensions Board, has been the face of the campaign, which at the time of launch included Church of England funds, the Swedish AP funds, APG and Robeco from the Netherlands, New Zealand Super, the UK’s LGPS Central pension fund and BMO Global Asset Management.
The investors met with industry representatives and experts for the first “high level meeting” in London on 4 March to discuss workstreams to advance their efforts to establish an international, independent classification system and central database for all tailings dams.
“This is the beginning of a serious and careful process where investors have a considerable stake in ensuring that there is the necessary disclosure, development of a classification system based on the consequences of failure, independence of tailings monitoring and governance going forward,” Matthews told RI. “Society demands the resources from this sector and we are invested in it and need to ensure that this time the right changes are put in place.
“It was very clear to everyone in the room the scale of the challenge as well as the potential risk we are exposed to. We heard from the leading global experts as well as a number of companies that are operating to some of the highest standards. Yet we still do not know which companies have which tailings facilities. ‘The exact number of tailings dams globally is currently unknown, with estimates varying between 5,000 and 18,000. Currently investors often do not have access to basic information about how many tailings dams its portfolio companies own. A significant disclosure requirement is expected to be one of the demands of the coalition, to reduce investor risk.

“It was very clear to everyone in the room the scale of the challenge as well as the potential risk we are exposed to” – Adam Matthews, Church of England Pensions Board

There are around 580 listed mining companies. The International Council on Mining and Metals (ICMM), a global trade body representing 27 of the largest miners, gave a presentation at the meeting this month.
The investors are calling for the development of a globalised standard for tailings dams safety, which would become a minimum requirement. They say the new system should be independent of companies and require annual audits of tailings facilities and confirmation that the highest safety standards are being met. It is not clear how these audits will be conducted or funded, but RI understands that an independent global entity has not been ruled out.
A core group of around 40 funds is currently speaking on a weekly basis, with designated representatives for each organisation, and some actively reaching out to trade associations, and the insurance and banking sector, RI understands.
The group will meet in London again on 1 April.
BHP, the world’s biggest mining company, has said it welcomes the call, and is meeting with global bodies. It says it is accelerating measures to improve safety at its 115 tailing dams.
The ICMM has committed to reviewing global best practices in the mining industry, with a view to establishing an expert panel to develop an international standard for tailings facilities for its member companies. The process will be overseen by an independent chair who has yet to be appointed.

Note: This article was updated to include the leadership role of the Council on Ethics.