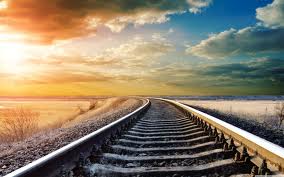 RPMI Railpen, the £20bn (€24bn) body which oversees the UK’s railway industry pension funds, says it is planning to deepen its relationships with both its asset managers and the boards of the companies where it invests.

RPMI would be “rather more muscular” in its dealings with its asset managers in future.

Hitchen, a past chairman of the National Association of Pension Funds (NAPF), who also chairs Railpen Investments, was a member of the Kay Review panel headed by Professor John Kay which advocated more concentrated portfolios to boost stewardship.
Speaking at an NAPF event on stewardship, he said: “Deeper relationships with [company] boards makes perfect sense. We need to be committed owners,” adding it would result in lower costs.

He said: “Our job is to make our agents do the best job they can.”

RPMI Railpen, which administers pension schemes for 200 clients with 500,000 members, is one of the leading responsible investment institutions in the UK.Earlier this month it teamed up with the NAPF, Hermes, the BT Pension Scheme and the Universities Superannuation Scheme to set out five principles of executive remuneration. In October Railpen linked with US giant CalSTRS and Dutch peer PGGM Investments in a rare open letter on governance and pay issues at software company Oracle.

Speaking of the Kay Review, Hitchen said it had been well received internationally and had even prompted a similar initiative in Japan. The UK Parliament’s Business, Innovation and Skills (BIS) Committee published its take on Kay in July this year and the government has, in turn, just published its response to that document. The government is set to publish a full progress report on Kay in summer next year.

At the event, the NAPF launched its ninth annual survey of pension funds’ engagement with investee companies. Respondents were “nearly unanimous” that institutional investors have stewardship responsibilities that include engaging with companies and voting shares.

This was borne out by 82% of respondents agreeing that environmental, social and governance (ESG) factors can have a material impact on investments in the long-term. Only 6% disagreed.