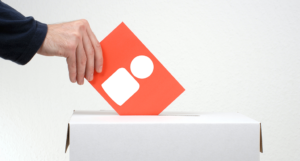 UK pension scheme Railpen, which manages £35bn on behalf of railway workers, has said that it will consider supporting the appointment of workers on boards at portfolio companies next year.

Employee representation is one of several areas the fund is strengthening its position on this year along with climate transition and voting rights.

In its 2022 voting policy, published yesterday, Railpen also revealed that it would be working with other investors and companies to outline expectations “around what a meaningful approach to workforce directors looks like in the US and UK markets”.

The inclusion of workforce perspectives at the board-level “can align the interests of shareholders, management and workers over the long-term”, Railpen said. “We will consider a vote in support of the appointment of workforce directors at portfolio companies, where a thoughtful approach to recruiting and retaining a workforce director with the appropriate skills and experience can be evidenced,” it added.

Railpen’s new policy also seeks to reflect its recent 2050 Net Zero commitment, and in it the fund outlines how it will use negative votes, abstentions and where necessary votes against directors to sanction companies on climate grounds. The fund also said it “will exercise caution when it comes to endorsing” companies’ own climate transition plans.

“We will assess a portfolio company’s climate risk and Net Zero alignment status and will not be afraid to use our vote to express support or sanction for a company’s approach and activities,” said Michael Marshall, Head of Sustainable Ownership at Railpen.

Board level diversity is another area that Railpen is seeking to ramp up its efforts in, stating that from 2022, beginning in the UK and US, it may vote against chairs of nomination committees at the “largest and most well-established companies where Boards do not have at least one ethnically diverse representative”. Railpen added that this policy could be extended to other markets in the future.

UK-based fund manager Schroders is reportedly planning a similar move this year after writing to the chairs of FTSE100 companies warning them that it will vote against nominations of committee chairs where the company does not have at least one director of colour in place.

Railpen’s new policy also highlights its preference for in-person annual general meetings over ‘virtual-only’ ones, which have increasingly become the norm during the pandemic. The former, the fund said, “provide an important mechanism for the Board to be publicly accountable to their shareholders”.

It also expressed its opposition to unequal voting rights, which the fund said, “dilute the ability of minority shareholders, like Railpen, to effectively hold companies to account”.

Staying with asset owner stewardship, Norges Bank Investment Management (NBIM), the manager of Norway’s trillion-dollar sovereign wealth fund, has revealed that its sustainability screening of 442 companies added to its equity index this year it has resulted in the fund giant selling out of 43, refraining from investing in nine, and flagging a further 63 for further engagement.

NBIM said that most of the companies flagged in the process are “small, and many are recently listed on the stock exchange”. A spokesperson told RI the company names will not be disclosed.