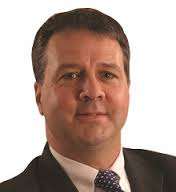 Johnson, who is also a non-executive director at engagement specialist GO Investment Partners, had his appointment as a director at RPMI, which runs assets for the country’s railway pension funds, “terminated” earlier this month, according to a company filing. A spokesman confirmed Johnson, who joined RPMI in 2004 as finance director and who became MD, Investments in 2009, is retiring.

In his most recent role he oversaw the investment business streams of RPMI and RPMI Railpen, with assets under management of some £20bn. A senior figure within the UK pensions sector, he is also a member of the National Association of Pension Funds’ Defined Benefit Council.

Meanwhile, Simon Richards has joined RPMI as Director of Transformation, where he will be working on the IT aspects of RPMI’s trustee and advisory business. Finance Director David Teasdale resigned as a director in May, according to filings. Railpen’s Head of Corporate Governance Frank Curtiss remains in his role, the spokesman added.

RPMI has been undergoing a sweeping review of its investment structure, known as the Investment Transformation Programme (ITP).The key elements are a new governance structure to oversee investments, a change in the way it uses external asset managers and a revamp to its pooled fund range. The re-think saw the investment committee disbanded in favour of an investment board.
This body, chaired by former investment consultant and Goldman Sachs Asset Management executive Paul Trickett, has been bolstered by the appointments of industry heavy hitters such as Karl Sternberg and Angelien Kemna.

Railpen is headed by CEO Chris Hitchen, who was an advisory board member in Professor John Kay’s 2012 review of short-termism in the UK stock market and now sits on the Board of the Investor Forum.

Railpen showed its RI credentials alongside PGGM earlier this year when it expressed “deep concern” over the governance at software giant Oracle. In May Railpen was among a group of leading international investors looking to oppose France’s controversial Florange law. In March it teamed up, again with PGGM, to write a model policy that the boards of US companies could adopt to demonstrate commitment to engagement with shareholders.