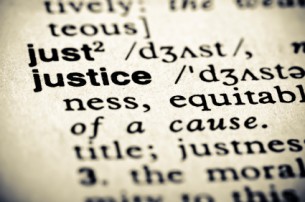 Voluntary efforts by companies on human rights have gone as far as they are going to go and need a further regulatory push, a UK House of Commons committee has been told by ethical investment firm Rathbone Greenbank Investments.

The UK Parliament is currently taking evidence as it considers a draft bill that aims to tighten up legislation around human trafficking and slavery offences. The House of Commons is one of the two UK parliamentary chambers.

The Modern Slavery Bill is currently undergoing scrutiny by a House of Commons Committee chaired by Frank Field, the opposition Labour Party MP and former Minister of Welfare Reform. The bill would create a new trafficking offence covering both sexual and non-sexual exploitation as well as a new high-level Anti–slavery Commissioner.

“Voluntary efforts on this particular issue— supply chain transparency, incidents of bonded labour and other human rights issues—have taken us as far as they are going to go,” said Matt Crossman of the firm’s Ethical Research & Corporate Engagement team at a hearing in February.

Crossman told the panel: “We have a good level of compliance for a good level of companies, but there is a remnant reluctant to go. As an investor I want to see that remnant pushed ever so slightly further.” He likened human rights to efforts to get companies to disclose their carbon footprint.
Bristol-based Rathbone Greenbank, which has more than £640m in assets, is working with US-basedChristian Brothers Investment Services (CBIS) to raise the issue of human trafficking amongst investors. Dan Nielsen, Director of Socially Responsible Investing at CBIS, told RI recently that the issue tops the list of concerns of its investors.
Crossman added that what was needed was “to go one step into the regulatory area to ensure the kind of mass compliance and mass thinking about the issue”. But, crucially, companies needed to retain the ability “to innovate, be creative and solve these problems themselves.”
Crossman said the quality of conversations he has had with large companies such as Unilever and the big supermarket chains was “becoming ever more sophisticated and ever more suitable to the growing task of managing complex global supply chains”. But the companies feel that their efforts are not fully valued, because there is the free rider problem—companies who use the same suppliers and get the benefit of the suppliers they are using improving their systems, but who do nothing to encourage that process.
“The biggest companies that I have relationships with want the playing field to be level; they want to see some sort of recognition that their management of these risks is added to the bottom line.”

Crossman, who sat on the board of the Ecumenical Council for Corporate Responsibility between 2007-2012, is also the author of business book The Common Excuses of the Comfortable Compromiser.