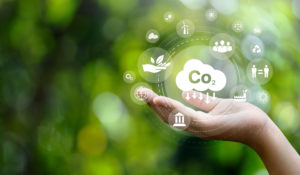 When the Glasgow Finance Alliance for Net Zero (GFANZ) published its preliminary guidance on how to develop climate transition plans earlier this month, there was an entire section devoted to real-economy decarbonisation.

“Market practitioners felt really strongly about the need to focus on the real economy when we were coming up with those reports,” says Joy Williams, executive director of financial institution transition planning at GFANZ, referring to the five documents currently out for consultation. “Everyone wanted this to be more than just an ‘on paper’ thing – it had to be actual emissions reductions.”

At the same time, she adds: “One of the things we found in the process of developing the guidance was that a lot of the methodologies available for the financial sector when it comes to decarbonising don’t yet reflect real-economy impacts. So that’s something that will need more work.”

One method that investors can use to identify and express such impacts is “rebaselining” – recalculating the emissions baseline for a portfolio in instances where there is a material change to holdings.

“If you have a big cement portfolio now, but by 2030 you don’t have any exposure to cement, then your portfolio emissions from the industry will be zero but you might not have contributed towards decarbonising anything,” says Giel Linthorst, executive director at the Partnership for Carbon Accounting Financials (PCAF).

PCAF, which works with the financial industry to develop ways of measuring climate performance and progress, states that its 279 signatories must “establish a baseline recalculation policy”. However, a report published this week by think tank 2 Degrees Investing Initiative claims that none of PCAF’s signatories have such a policy in place.

There are concerns that the absence of rebaselining practices when quantifying portfolio decarbonisation could lead to greenwashing, with investors claiming to have contributed to meaningful progress towards a greener economy when in reality they have simply sold their polluting assets to other buyers.

But Linthorst says it is too early to demand this kind of calculation from financial institutions.

“I’m not surprised that there aren’t many baseline recalculation policies yet, because we’re at such an early stage of the process,” he tells Responsible Investor. “Many of our signatories are only disclosing for the first time now, so there is still a lot of learning going on.”

Rebaselining is not a priority for financial institutions, Linthorst continues, because most are still calculating their emissions and deciding on their climate targets. “Questions around rebaselining will start to come up when they do that,” he says. “But first you have to deal with measuring emissions. You have to set the baseline before you start rebaselining.”

Linthorst adds that much of the significant decarbonisation that arises from divestment will be visible without rebaselining, because the most popular target-setting methodologies – such as the Science-based Targets initiative and the Transition Pathway Initiative – require banks and investors to track emissions at sector-level. “So if you divest from a high-emitting sector, you’d see it immediately in a financial institution’s report, because they have to disclose the total amount of involvement in that sector.”

GFANZ’s Williams agrees that it is too early to expect investors to have adopted rebaselining calculations. “A lot of financial institutions are still trying to figure out their first baseline, never mind going year-on-year and establishing whether there have been major shifts in the portfolio to warrant a rebaselining,” she says. At the same time, she notes that it will be “hugely important” to address this at some stage. “If you change what you own as an investor then your decarbonisation targets may not make sense any more.”

Despite the immaturity of methodologies, one investor has already taken the plunge on rebaselining.

The quant team at Swedish pension fund Andra AP-fonden – more commonly known as AP2 – has been calculating the drivers for its decarbonisation since 2019 and publishing the results in its annual sustainability report.

The SKr440 billion ($43 billion; €41 billion) public buffer fund is in the process of moving all its assets over to Paris Aligned Benchmarks, involving sweeping divestments from high-emitting companies – including exiting most of the energy sector.

“The change in carbon emissions for our public equities portfolio has been really big in the last two years, but that’s mainly because of the rebalancing needed to meet the requirements of the new benchmarks,” says Johanna Sörgardt, a sustainability analyst at AP2. “But the benchmark rules also require us to stay in most sectors with high climate risk, and that means we need to work out how to monitor the transformation that’s taking place in those areas of our portfolio too.”

The benchmarks that AP2 has created are based on recent EU regulation, which requires users to decarbonise portfolios by 7 percent each year to align with the goals of the Paris Agreement. Sörgardt says the fund’s ambition is to meet this annual target by encouraging emissions reductions in existing holdings, rather than undertaking any further significant reweightings. The rebaselining exercise will help her and her colleagues identify such reductions and she hopes to start using the calculations as the basis for engagement with companies this year.

“What we can see from the two graphs that we’ve published so far is that the change in emissions has been because we’ve reweighted our portfolio. If we still own the same companies next year, hopefully we’ll start to see some decarbonisation,” she says. “That’s what we want these graphs to show in the future – that the change in holdings gets smaller and smaller and the reduction in company emissions gets bigger and bigger.”

She says data has been the biggest hurdle so far. AP2’s small quant team has created a “CO2 database” based on third-party data from three undisclosed providers, alongside in-house estimates. But information is often lagging by “a year or two”, Sörgardt says, making it “difficult to get a fair view of things”.

And it isn’t just the timing that makes the data challenging for investors. For an exercise like this to yield truly accurate results, companies would have to perform a similar calculation themselves – something that’s required under the GHG Protocol, but is still not commonplace. When disclosing their year-on-year emissions, firms would have to distinguish between shifts that come from simply buying or selling assets – and therefore do not represent any change to real-world activities – and those that come from building or decommissioning assets, for example. Only then will investors have data accurate enough to quantify their own real-economy impacts.