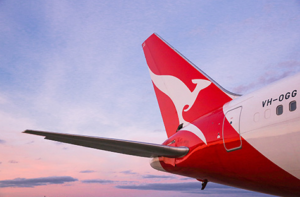 Close to a quarter of shareholders in Qantas have supported a proposal calling on the listed Australian flag-carrier to review its involvement in forced deportations of refugees and asylum seekers.

At the company’s annual meeting today in Sydney, 23% of investors backed the proposal filed by the Australasian Centre for Corporate Responsibility (ACCR), the not-for-profit shareholder advocacy group behind several high profile ESG resolutions this year. The vote was up from just 6% for a similar resolution last year.

It called on the airline to review its “policies and processes” relating to the “involuntary transportation” of people on behalf of the Australian government’s Department of Home Affairs.

It added that the review should be based on the United Nations’ Guiding Principles on Business and Human Rights, which the company committed to in 2017.

ACCR Executive Director Brynn O’Brien expressed her surprise at the result on Twitter: “Australian corporate history has just been made — highest vote on a human rights resolution, ever.”

It is the second time the ACCR has broken Australian corporate history; its 2018 climate lobbying proposal at energy firm Origin, which was supported by 46% of shareholders, is believed to be the largest such vote in Australian history.

Last year a similar resolution at Qantas, also filed by the ACCR, was supported by just 6% of investors, though backers included international pension fund heavyweights CalPERS and PGGM.

A key difference between last year’s result and this year was the support of US proxy firm ISS.

Both ISS and its rival Glass Lewis recommended a vote against the 2018 resolution, with the latter giving the same recommendation this year.But ISS, which has sought to ramp up its ESG offering in recent years, supported this year’s proposal, concluding in its advice that shareholders would “benefit” from “additional information in order to assess how the company is managing and mitigating such human rights related risks”.

But both US proxy firms recommended a vote against the ACCR’s accompanying proposal to amend the company’s constitution, a quirk of the Australian system needed for non-binding resolutions to be heard at annual meetings. Ninety-six percent of shareholders followed that advice.

UK-based governance advisory firm PIRC, however, supported both of ACCR’s resolutions this year at Qantas.

Risks around deportations are particularly acute in Australia, according to the ACCR, due to changes in the law around the country’s non-refoulement obligations, which came into effect in 2014.

Under international law, this forbids a country receiving asylum seekers from returning them to a country in which they could face persecution.

Speaking at the annual meeting, ACCR’s director of human rights, Dhakshayini Sooriyakumaran, questioned whether shareholders had been provided with “adequate information” on the issue by the company to “meaningfully vote on the resolution” – though this didn’t harm support.

In its response to the ACCR’s resolution Qantas stated that it is Australia’s government and courts that are “best placed to make decisions on the legal immigration status of people seeking to remain in Australia”.

It said airlines and private enterprises were not positioned to adjudicate on complex immigration decisions.