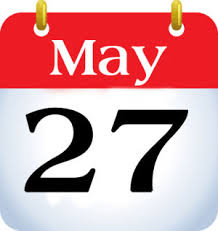 Hot on the heels of the ‘Aiming for A’ climate resilience resolution at BP – and with similar proposals at Shell and Statoil also being backed by respective managements – attention will now turn to the annual meetings of their US fossil fuel peers such as Chevron and ExxonMobil.
With the BP motion having achieved 98% shareholder backing in what CalPERS’ Portfolio Manager Bill McGrew told RI showed the support of “the entire shareowner base”, the focus will inevitably shift to forthcoming meetings across the Atlantic.
The two US giants hold their AGMs on the same day (May 27), in what could prove a red-letter day for investors.

Among 10 shareholder proposals at Chevron on environmental and governance issues, probably the most eye-catching is an innovative proposal explicitly addressing dividend policy and stranded assets. It’s been filed by advocacy group As You Sow and co-sponsored by sustainable asset managers Arjuna Capital and Zevin Asset Management and could represent a useful gauge of where investors are in the stranded assets debate.

The proposal, which Chevron had initially tried to block from the AGM agenda saying it was “inherently vague and indefinite”, calls for the company to consider higher dividends in light of the “growing potential for stranded assets and decreasing profitability” of what it terms as high cost, unconventional projects.

The investors cite research from the Carbon Tracker Initiative think tank that 26% of Chevron’s future project portfolio requires at least $95 per barrel for a breakeven price, and 14% needs $115 per barrel. “Shareholders are concerned that shareholder capital is at increasing risk from capital expenditures on high cost, high carbon projects that may become stranded,” the resolution states.

Chevron is advising its shareholders to vote against the proposal, arguing it is “both unnecessary and unwise” as it is based on the “flawed, if not dangerous, premise” that shareholders would be best served if Chevron stopped investing in its business.Pointing investors to its climate risk work here, and saying world energy demand is growing, the company says its production and resources will be needed “even in a carbon-constrained future”.

It continues: “Regarding the proponent’s reference to the Carbon Tracker Initiative’s predictions, Chevron makes future investment decisions to develop and produce its resources based on an analysis of projected future commodity prices and market and regulatory conditions, minimizing the risk of such assets becoming “stranded.” Chevron proxy and Exxon proxy.

Chevron proposals (filers not named by the company):