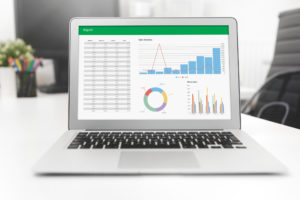 Key ratings provider Refinitiv made “widespread and repeated changes” to its historical ESG scores without notifying users, according to academics from MIT and the Frankfurt School of Finance and Management.

They argued that the results reflect how data vendors are incentivised “to introduce a [correlation] between ESG scores and returns in the data” but noted that “this performance would not have been achievable with the [initial data] available to investors”.

Refinitiv has rejected the findings of the study, which was published by the European Corporate Governance Institute.

The researchers found that the rewritten data was correlated to future financial returns but “failed to observe such a relationship in the initial data”. Specifically, they found that a one standard deviation increase in the rewritten environmental and social scores were associated with future returns that were 94 basis points higher per year.

The magnitude of the return difference remained significant but smaller when the whole ESG score was considered, researchers said, likely due to governance variables such as board independence or shareholder rights being relatively more objective than E and S factors.

The practice appears to be at odds with Refinitiv’s stated policy which, as of March 2022, assured users that “scores will be marked as ‘definitive’ for all historical years excluding the five most recent… definitive scores remain unchanged, even if there are changes to the underlying data due to company restatements or data corrections”.

The study’s findings are based on a comparison of two versions of Refinitiv’s ESG ratings database – comprising of scores from 2011 to 2017 – downloaded in September 2018, and subsequently in September 2020.

The median overall ESG ratings in the rewritten data are 18 percent lower than in the initial data, and 44 percent, 16 percent and 7 percent lower for E, S and G performance, respectively.

Notably, the study found that Refinitiv continued to change its ESG scores on an ongoing basis and without public fanfare. A comparison of ESG scores downloaded in 2021 on 9 February and 23 March revealed that 86 percent of historical ESG scores as early as 2011 were affected by revisions in the six-week period.

The changes originate from a one-off methodology change announced in April 2020 but have impacted historical as well as newly created scores. At the time, Refinitiv said it would not change data more than three years back in time – the cut-off date was later increased to five years.

“We are aware of this paper and refute the assumptions made. Prior to any changes being implemented to our ESG methodology we formally engaged with key market participants, including facilitating roundtable discussions with ESG experts from across the market, regulators and academia,” a Refinitiv spokesperson said in response to the study.

However, the provider did not comment on whether the unannounced changes aligned with its policy of maintaining historical ESG scores beyond the five most recent years.

Refinitiv’s scores were initially constructed by ASSET4, a data company acquired in 2009 by Thomson Reuters which was spun off in 2018 and sold to the London Stock Exchange Group (LSEG) in 2021. According to product literature, Refinitiv offers “one of the most comprehensive ESG databases in the industry” and is employed by major fund managers, including BlackRock, and other investment service providers.