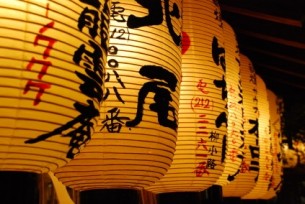 RENGO, the powerful Japanese trades union confederation, says it is preparing plans for its member pension schemes – a significant part of the country’s institutional retirement savings – to incorporate ESG factors into their investment decisions. Hitoshi Takezume, assistant director, welfare policy division, at RENGO, told the TBLI Asia conference in Tokyo last week, that the trades union body was compiling a report on workers capital and ESG issues that it expected to approve by the end of the year. He said the report would examine how trades union sponsored pension funds could steer away from short-term returns in favour of ESG related, long-term investments. The move is doubly important because of the close position that RENGO enjoys with Japanese Prime Minister, Yukio Hatoyama’s new government, following the historic victory last year in elections of the Democratic Party of Japan after a 50-year unbroken tenure of the Liberal Democratic Party. RENGO-linked pension plans account for almost half of the schemes in Japan’s corporate pensions sector, which as a whole manages more than JPY50 trillion (€450bn). RENGO is also involved in talks on reform of theJapanese pension system, including discussions on unifying employee pension schemes. Takezume said: “ESG is a way of regaining trust in investment and that should be communicated to our savers. We believe that we should, for example, be looking at green innovation and technology to regenerate growth. As a trades union we previously paid little attention to the way our capital was managed, but we are concerned that our money could be used for workers violations, hence the need for these ESG guidelines.” An ESG move by RENGO would be a shot in the arm for responsible investment in Japan, which has been slow in uptake to date. The country has just 14 signatories to the United Nations Principles for Responsible Investment: 9 asset managers, 1 service provider and four pension funds. It is also understood that discussions are taking place within the Government Pension Fund of Japan, the world’s largest pension plan with assets of $1.3 trillion, about responsible investment issues, although there is no clear indication of where the discussions could lead.

Responsible Investor will shortly issue a full report on ESG developments in Japan.