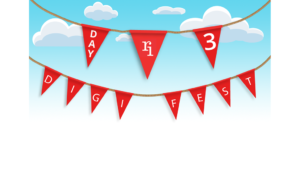 Big commitments were made during yesterday’s plenary session at Digifest. Adam Matthews, Director of Ethics & Engagement at the Church of England Pensions Board – and one of the loudest voices in the collaborative shareholder engagement initiative Climate Action 100+ (CA100+) – asked fellow panellist and sustainability chief at Repsol, Luis Cabra: “Would you be willing to work with CA100+ investors to define a standard for the Oil & Gas sector on net zero?” He added that the standard would need to cover the role of carbon capture and storage, and the use of carbon offsetting, in creating credible transition plans. Cabra replied: “Absolutely. The answer is yes. We would be more than willing to collaborate with you and with the rest of the sector – especially with the companies that have a more advanced vision. That would be the way to progress on that.” Matthews said the plan was to develop “a common standard of best practice that we’re all working to, that we own among investors and companies”.

In Speaker’s Corner, Fiona Stewart from the World Bank described biodiversity as “the next frontier in responsible investment risk management” despite longstanding problems around measuring performance and making biodiversity investable. She said the ongoing UK government-commissioned Dasgupta Review on the economics of biodiversity could have an impact similar to that of the influential Stern Review on climate investing. Stewart pointed to approaches such as labelled bonds, sustainability-linked loans and blended finance as a way to scale up financing of biodiversity objectives.

In his keynote, renowned environmental economist and former banker Pavan Sukhdev echoed Stewart, highlighting the importance of measuring biodiversity impact despite shortcomings in available data. He said: “The alternative is pretending that nature has no economic value. I’d rather be inaccurate than be precise but wrong.”

He also described a joint initiative with the International Chamber of Commerce to develop a corporate impact assessment platform focused on supporting SMEs to better communicate their sustainability performance to stakeholders.

The move beyond active equities continues

Faith Ward, Chief Responsible Investment Officer, Brunel said it will have fixed income mandates coming out imminently. The £30bn LGPS pension pool has ESG requirements for all its managers. Ward said she has been surprised at the potential for ESG integration in multi-asset credit and high-yield strategies. She added that sometimes managers would say “tell us what you want and we’ll do it”, “This is not ESG integration,” she said. “Brunel won’t define it for you. You should look at the investment universe and look at our policy and work out how to implement it.”

Marta Jankovic, Director, EMEA Head of iShares Sustainable, Blackrock, said it would be publishing a paper “debunking the myth of index investing and sustainable investment being two separate things”. “The view that index investing cannot work in sustainable investing like traditional fixed income and equity strategies is not true”. She said Blackrock predicts that globally sustainable exchange-traded funds (ETFs) and index mutual funds will grow six-fold over the next decade to around $1trn.

Danish pension giant PKA will exclude all fossil fuel companies misaligned with the Paris climate agreement by the end of 2023, according to Louise Aagaard Jensen, ESG Analyst at the €44bn fund. Jensen, who was speaking on a panel session yesterday, said the exclusion would coincide with the scheduled end of investor engagement initiative Climate Action 100+, of which PKA is a member. She also revealed that the pension fund is working on aligning its reporting with the Task Force on Climate-related Financial Disclosures’ (TCFD) recommendations.

Jeff Cohen, Institutional Product Strategist at the Sustainability Accounting Standards Board, said it was looking at human capital factors across the 77 industries in which it sets standards. “This had started before the pandemic,” he said, and will be looking at themes like health & safety and employee engagement. He added that there were new data providers cropping up that were taking a very specific look at just the social component.