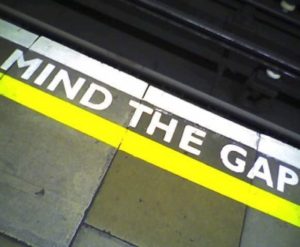 Long-term institutional investors are being put at risk by companies’ “surface level” and “short-term” approach to climate risk, according to joint research published today by environmental NGO, CDP and the Climate Disclosure Standards Board (CDSB).
Ready or not: Are companies prepared for the TCFD recommendations? assesses the climate readiness of 1,681 companies across 14 countries and 11 sectors against the four areas of disclosure (governance, strategy, risk management, and metrics and targets) identified by the Financial Stability Board’s Task Force on Climate-related Disclosures (TCFD).
It found a “clear gap” between companies’ recognition of climate risks and their efforts to tackle them.
83% of firms assessed acknowledged physical risks from climate change, while 88% noted transition risks. However, only 50% of companies currently disclose physical and transition risks with timeframes of more than six years, according to the findings.
The report warns that such myopic disclosures give institutional investors with longer time horizons an “incomplete picture of the potential and future performance and resilience of their portfolio”.
It also found that only one in ten companies currently provide incentives for board members to manage climate-related risks and opportunities, despite nine out of ten having climate change oversight at the board level.
Simon Messenger, Managing Director at the CSDB told RI: “Companies are – generally speaking – acknowledging climate risks, but don’t necessarily have the fluency as to what they actually mean for their business”.
The report calls on companies to fully implement the TCFD’s recent recommendations and integrate climate risks into their “wider governance and risk management processes”
Launched in 2015 by Mark Carney, Chair of the Financial Stability Board, the TCFD was tasked to help companies better understand what financial markets need from disclosure to manage their climate risks.It published its much-anticipated framework in June 2017. Last week, nine investors including Norges Bank Asset Management and Aviva announced a UN-led initiative to implement the recommendations into their own activities.
Enhanced disclosure of climate-related risks and opportunities, Messenger explained, will lead to “an improved allocation of capital”. He added that such disclosures empower investors to actively engage with companies on such risks.
Investor engagement on climate disclosures is growing. As well as the creation of the UN-led investor group on the topic, the Climate Action 100+ – a coalition of 256 investors with $28tn in assets, launched last year – is deciding the next 50 firms to join its engagement list, which targets the world’s most significant carbon emitters.
The report identifies regional disparities, with companies based in the UK, France and Germany found to be leading the way in disclosing climate risks, which the report attributes to the impact of “supra-national and jurisdictional regulations” such as the EU Non-Financial Reporting Directive.
China-based companies, along with the financial sector generally, were identified as lagging on the TCFD’s four areas of disclosure. But the report is bullish on increased disclosure out of China this year, prompted by expectations that the government will introduce mandatory reporting policies following discussions between the China Securities Regulatory Commission and the China Green Finance Committee.
The nascent but growing use of internal carbon pricing – a recommendation of the TCFD – was also identified as a trend amongst corporates, with 21% of companies currently using it, and a further 16% saying they will implement it in the next two years.
Jane Stevenson, Task Force Engagement Director at CDP, urged companies to translate “surface level” preparedness into “climate change mitigation”, adding: “2018 is the year when companies need to step up climate action as we approach a tipping point”.