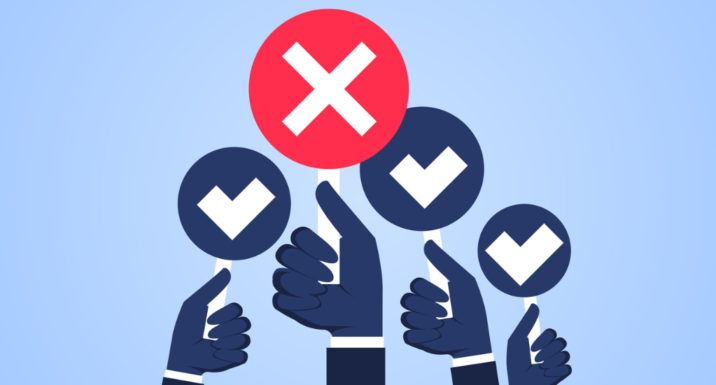 With summer firmly behind us, thoughts are turning to the 2023 US proxy season. A herald of its impending arrival were the results of the annual benchmark policy survey by influential US proxy advisor ISS, which hinted that investors could take a tougher stance on directors at climate laggards in the months ahead.

The survey, published last week, revealed that 79 percent of investor respondents supported opposing directors at high-emitting firms that do not adequately disclose in line with corporate climate disclosure framework TCFD.

Even more (84 percent) disagreed that directors at the biggest emitters should be spared if their climate change risk management disclosure and performance were not up to scratch.

In contrast, just 36 percent of investor respondents however, believed action should be taken against directors where a company “is not showing, or on track, to show an absolute decline in GHG emissions for Scope 1, 2 and 3”.

ISS received 417 responses to its summer consultation, with those from institutional investors or affiliated bodies jumping 29 percent this year to 205. Most of the other responses came from corporates or their representative groups.

The survey results also gave an insight into investors’ position on issues such as fossil fuel financing, corporate transition plans and climate risk as a critical audit issue.

Last year, none of the proposals calling on US banking and insurance heavyweights to end or limit their fossil fuel financing in line with the International Energy Agency’s 2050 net-zero scenario achieved anywhere near majority support. Most came in around the 10 percent mark.

But ISS revealed that around 30 percent of investor respondents “voiced support for these companies committing to cease financing for new fossil fuel projects”, hinting that proposals on the topic might fare better next year.

In the coming months, shareholders will be working on proposals to put to US firms for the 2023 proxy season. One that has already been filed at Costco and Disney asks the corporate giants to report on their efforts to reduce the use of harmful “forever chemicals”.

Both proposals were filed by SRI house Trillium Asset Management and asked the firms to publish quantitative and qualitative data on how they are eliminating chemicals of concern, such as toxic perfluoroalkyl and polyfluoroalkyl (PFAS) substances, from their businesses.

The proposals cited data from medical journal BMC which estimated that costs associated with environmental chemical exposures worldwide are likely to exceed 10 percent of global gross domestic product or $11 trillion.

It is an issue that has resonated with investors in the past. In 2019, a proposal filed by Trillium calling on US retailer TJX to issue a report on how it planned to reduce its chemical footprint attracted 44.5 percent support.

The new proposals also highlight regulatory risks, noting that in the US there are now 289 policies in 38 states, setting restrictions on the use of toxic chemicals in products.

Trillium has been engaging on the issue with Costco for nearly a decade. The company became something of a leader when it developed its own proprietary smart screen for chemicals, but there has been a lack of transparency around the progress or outcomes of its efforts, Baker said.

She pointed to the Chemical Footprint Project, which offers corporates a framework to engage their suppliers to help push for the removal of harmful chemicals, as a useful tool. “If a company participates in the Chemical Footprint Project, that’s signalling a leadership position,” Baker said, noting that Dollar Tree, Target, Walmart and Hasbro are all part of the initiative.

She added that Costco has not taken that step and nor has Disney, which has “a very compliance-based approach to chemicals management”.

Thoughts might be turning to the 2023 proxy season in the US, but in Australia the 2022 season is already getting under way.

On Wednesday, investors in Origin Energy will get to have their say on the Aussie energy giant’s transition plan.

Say on Climate votes in Australia have seen significantly lower levels of support than those in Europe. Aussie oil and gas giant Woodside suffered the largest shareholder rebellion to date, when just under half of investors (49.0 percent) rejected the firm’s climate plan in May. Its rival Santos also suffered a rebuke, with 37 percent of shareholders rejecting its strategy.

Big proxy advisers ISS and Glass Lewis have backed Origin’s plans, suggesting that the company proposal is not likely to suffer the same fate.

Last month, the Australasian Centre for Corporate Responsibility (ACCR), a non-profit based in Australia, withdrew its shareholder resolution to Origin after the company succumbed to investor pressure and agreed to include a 1.5C climate change sensitivity analysis in its 2023 financial statements.

The same proposal will go to the vote at miner BHP next month. The company has called on shareholders to oppose the resolution, saying it “would be potentially misleading to users of the financial statements, for BHP to include all the information requested in this Item 15 within the audited financial statements”.

BHP is also opposing another proposal from the ACCR on its climate advocacy.

Last week, RI reported that just 10 percent of Climate Action 100+ target firms are broadly aligned with the Paris Agreement when it comes to their direct climate policy engagement, according to the latest corporate benchmark analysis from the $68 trillion investor alliance.

Responsible Investor is keen to hear from readers about any topics or themes that they are engaging on or planning to file on in the coming months. Please contact us at edit@responsible-investor.com. All communications are confidential.