“Over a century ago many in the US concerned about the labor strife that convulsed their society sought a solution to the ‘labor question’, a construct that asked: “What place should workers have in American society? What say should they have in the workplace and in politics? How could social peace be maintained in a class society? [and] was democracy possible in an industrialized society with great inequalities of economic power and wealth? If so, what did it mean?”[1]

·       The substantial in-country increases in income inequality across countries since 1980 has been the subject of interest from prominent economists and politicians, drawing attention to the topic in civil discourse

·       Research – for instance, from the OECD and the IMF – his tied excessive inequality to negative effects on in-country economic growth and social cohesion

·       Within the field of responsible investment, economic inequality has become an issue around which to organize focus on the S in ESG, often seen as the least developed piece of the three

ESG is not enough to tackle the labor question.

But a significant challenge for responsible investors, from our perspective, is that the integration of ESG information into investment decision-making – the now-standard definition of the field – can only tackle this issue at the margins. In theory, the RI community was created to allow investors to address major social issues left out of conventional financial practice. But for RI to tackle what Joshua Freeman refers to above as the labor question, it has to go beyond its own conventional toolkit, to address the political economy that structures economic inequality, the system that allows for investment decision-making to take place. ESG is not enough to tackle the labor question.

Inequality and the Labor Question

In the United States, the language of the “labor question” invokes the settlement among business, labor and government after World War II. The groundwork for the settlement was laid in the New Deal, with the rise of industrial unionism and the social welfare state under the Roosevelt administration. The strengthened labor movement gained significant voice in the political economy, and pushback from business in the immediate aftermath of the war. After a series of strikes, the collective bargaining agreement between UAW and GM heralded a broader agreement between labor and capital. Dubbed “The Treaty of Detroit” by Forbes magazine, the contract included productivity and cost-of-living adjustments so that workers would benefit from productivity gains, as well as pensions for retirement security. The broad outlines of the UAW-GM settlement extended across unionized and non-unionized sectors of the economy, and worked with New Deal innovations to reduce inequality during a period of economic growth.

The post-war settlement began to break down in the 1970s and that breakdown accelerated in the 1980s. The Reagan administration brought antipathy towards both labor unions and social welfare programs that mitigated inequality. Policies that reduced the labor share of growth were introduced as economically beneficial: for instance, Federal Reserve Chairman Paul Volcker, in justifying a rapid rise in interest rates to stem inflation, declared as a matter of economic fact that “the standard of living of the average American has to decline.” As worker power diminished, economic inequality grew.

Investors, not really seen as primary stakeholders in the Treaty of Detroit, became the centerpiece of economic theories built in opposition to the post-war settlement and its implications of a planned economy. Shareholder value theory, emerging in the 1970s and taking flight in the 80s, called for businesses to treat labor as a cost rather than a partner at the table, and for policymakers to see regulation and social welfare programs as a drain on market efficiency. Market fundamentalism internationally, under the banner of globalization, applied negative pressure where it could on labor markets, public spending, and industrial policy in the US and abroad.

We can take what happened in the workplace as a microcosm of the broader effects of this transition in theory and practice. As David Weil describes in “The Fissuring of Work,” the balance of power within large corporations achieved via labor settlements, which created cohesion across large workforces, gave way to outsourcing and wage suppression via “independent” firms whose workers no longer were seen or saw themselves as part of the same enterprise.

The results are by now well known: the steady decline of organized labor, reduced wages and benefits, and increased precarity for working people across the economy.

Responsible Investment and the challenge of inequality

Responsible Investment emerged as a critique of the SVM, even as it embraces the role of investors in shaping corporate practice. For responsible investors, SVM has created a short-term focus on quarterly returns at the expense of long-term, sustainable economic performance. The lens of ESG analysis is useful because it reintegrates important environmental and social issues that SVM cannot address. A major topic like climate change requires investors to examine both the likely impact of issues that conventional SVM might write off as irrelevant or external to immediate shareholder concerns, as well as investors’ role in contributing to systemic issues that may harm sustainable economic activity over the long term.

As with climate change, RI has addressed increasing economic inequality as a major societal issue that has negative impacts on sustainable economic growth over the long term. Responsible investors translate concern about this topic into enterprise specific activities that may contribute to or mitigate inequality, for instance: excessive executive compensation in corporations, decent work standards in construction projects, or targeted investment that mitigates the effects inequality such as the production of workforce housing to support a struggling middle class. All of these are valuable steps that naturally follow from deploying inequality, as a topic, in an ESG framework – but they are limited to the extent that they deal with the corporation or project as a unit of analysis.

Take, for instance, the development of Human Capital Management (HCM) as a responsible investment area of concern. Investors and advocates have adopted the language of HCM to foreground the role of labor in creating long-term corporate value. They concentrate on indicators including absolute and relative wages, health and safety, worker satisfaction, and diversity and inclusion to better identify good performance and areas to improve. It’s a useful strategy, turning the typical treatment on its head by treating labor as an investment rather than a cost. A significant advance in taking seriously the S in ESG.

The challenge for HCM is that, at the level of any individual investment, externalizing costs onto society, or sacrificing the long-term value that comes from fully engaged employees for a short-term bump in quarterly reports, can still make sense. The challenge of inequality is systemic, and ESG analysis produces a set of tools focused on the particular at the expense of the system. In a world where the system is set up to allow costs and risks to be shifted from the rich to the poor, corporations that take advantage of this fact may well perform better for investors, even as the economy as a whole is weakened.

RI and the labor question

We believe that the labor question as Joshua Freeman portrays it: How could social peace be maintained in a class society?  And, most broadly: was democracy possible in an industrialized society with great inequalities of economic power and wealth? – reveals something about the limits of RI in the face of challenges like economic inequality. The labor question asks how society should organize itself, while ESG provides tools to navigate within the parameters of that organization. This is a fundamental challenge for responsible investment. RI developed as a way for investors to tackle the big issues facing society, issues that were left out of mainstream investment discourse. But the techniques it adopted are not built to change systems, but to optimize investor behavior within them over the long term.

What would it mean for investors to take on the labor question? In the first place, structure and system require investors to go beyond the level of the corporation or investment, to take on the laws, norms and practice that shape how enterprises behave and investment is rewarded. So, shareholder buybacks may favor investors in the near term, but their widespread use to prop up share prices systemically reduces investment in productive activity. The solution resides at the level of policy over buybacks; investor activism on a company by company basis should point the way. Similarly, investors may benefit from any particular effort by a corporation to reduce its taxes, but a tax system that rewards avoidance is a recipe for a weakened state and unstable market. Highlighting corporate tax avoidance at the company level should contribute to policy regimes that make the tax avoidance less possible.

Can investors play a role a different role than the one ESG has carved out for them?

Rethinking SVM means something more that the integration of ESG into individual investment decisions – it requires a legal and regulatory structure that prevents the shifting of costs from investors to society, and a parallel shift in investment strategy that does not presume the search for alpha corresponds to socially useful outcomes if you adopt the appropriate time horizon.

We have seen important initiatives in the RI community at the systemic level. The PRI has taken up the issue of taxation as a systemic issue. The Investment Integration Project is building a method for investors to take systemic considerations into account in their investment strategy. Projects such as these show the promise of Responsible Investment not so much as a tweak to current investment practice, but as a pointer towards the systemic changes needed to make markets serve society better.

The kinds of changes that are needed to address the labor question – stronger supports for organized labor, wage floors and ceilings, greater spending on public goods, a more robust welfare state, restraints on corporate power and political control, laws preventing predatory investor behavior – are beyond what investors can do themselves. Can investors play a role a different role than the one ESG has carved out for them? So far, responsible investors have limited themselves to approaching the field from the perspective of their interests as investors: the inclusion of a broader set of ESG information, the extension of time horizons, even arguments about appropriate policy, all subordinated to a vision of the business case for superior corporate performance. This has had some impact. The recent attention paid to stakeholder capitalism from the Business Roundtable is in many ways a response to the questions that Responsible Investors have raised for decades.

But, to tackle the labor question, investors have to participate in a discussion about how we structure the relationship between citizens, communities, workers, corporations, investors, and the state, not how to manage investments in light of those relationships. ESG and stakeholder capitalism are not an endpoint – they presume that the system has to change. 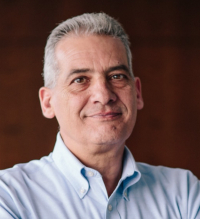 Mike Musuraca was formerly Assistant Director in the Department of Research and Negotiations, District Council 37 of the American Federation of State, County, and Municipal Employees (AFSCME), AFL-CIO. From 1996-2009, He was a designated trustee to the New York City Employees Retirement System (NYCERS), a 300,000 plus member pension fund with assets of more than $40 billion.

David Wood is an Adjunct Lecturer in Public Policy and the Director of the Initiative for Responsible Investment (IRI) at the Hauser Center for Nonprofit Organizations.