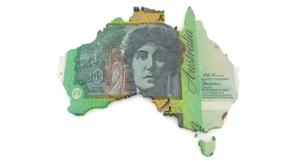 For the first time, more than half (55%) of major super funds consider responsible investment “when allocation between different asset classes is rebalanced, to meet financial return targets, reflect risk tolerance and time horizon”. When the survey was last conducted in 2019, the figure was 39%.

Australian Ethical Super, AustralianSuper, Cbus, HESTA and UniSuper were among the 13 identified as leading responsible investment super funds for “demonstrating commitment to good governance and accountability; implementing and measuring responsible investment approaches through activities such as engagement and voting and ESG integration; properly measuring outcomes; and having a high degree of transparency.”

The leaders are now taking a bigger share of the market and financially outperforming their peers over 3-, 5- and 7-year timeframes, according to the analysis.

However, the majority of super funds don’t have quantifiable ESG performance targets, and 77% “still have work to do” on transparency if they are to meet new Australian legislation requiring them to disclose their investments from March 2022.

Those rules went through last month – exactly a year after Australian retail fund REST settled a legal case by agreeing to disclose its holdings and adopt a number of climate measures. Last month, a court ruled that Commonwealth Bank of Australia must hand over a number of confidential documents to a shareholder, so that it can explore whether the bank’s climate policies have been suitably considered during its due diligence process.

But not all of Australia’s financial institutions are facing heightened disclosure expectations. The country’s A$178.6bn sovereign wealth fund, Future Fund, is at the centre of a proposed Investment Funds Legislation Amendment Bill that would “provide a partial exemption for documents handled by the Future Fund Board of Guardians and the agency in relation to the board's investment activities”. The Bill was due to be voted on at Senate today, but has been postponed until 2022.

Employment Minister Stuart Robert, who introduced the Bill, said that Future Fund’s asset managers have been “withholding information or reducing their engagement with the board and the agency” because they don’t want information to fall into the scope of Freedom of Information requests. Such requests can be made by members of the public and civil society to force the sovereign wealth fund to hand over documentation and details of its internal activities.

“The risk of disclosing highly sensitive commercial and proprietary material has led to investment managers withholding information or reducing their engagement with the board and the agency. This presents an investment and governance risk,” said Robert. “In particular, it can result in reduced access to investment opportunities and negatively affect investment outcomes.”

However, the requests have revealed a number of responsible investment scandals over the years. Most recently, campaign group Justice for Myanmar alleged earlier this week that Future Fund had more than A$157m invested in companies linked to Myanmar’s controversial military regime.

In response to the claims, a spokesperson for Future Fund told RI: “In line with its mandate from Government, the Future Fund has built a broadly diversified portfolio which includes passive investments through thousands of entities globally. The Fund has a well-established policy on ESG matters and exclusions which takes account of its objectives, legislation, investment strategy, Australian law and the treaties that the Australian government has entered and ratified.”

But Deputy Leader of the Australian Green Party in the Senate, Nick McKim, told RI that the new bill would make it impossible to identify such “abhorrent and disgraceful investments”.

“We need more transparency, not secrecy. We need the Fund to be held to account on the investment decisions it makes. Its public money, Australian people have every right to know how their money is invested.”

If the Bill succeeds, the Greens will fight to amend its to force the Super Fund to report quarterly on all of its investments.

The Australasian Centre for Corporate Responsibility, which said the bill “threatens basic democratic principles of accountability and transparency”, is calling for “the establishment of an independent ethics body to monitor and scrutinise whether the Fund’s investment decisions are consistent with ESG and responsible investment standards”. Similar bodies exist for European state-backed asset owners, such as the Council of Ethics in Sweden, which advises the country’s pension funds, and a Norwegian equivalent which advises Norway’s sovereign wealth fund.