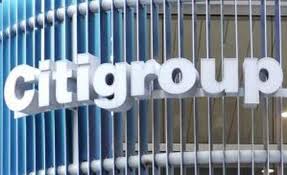 A group of leading US responsible investors has called for banking giant Citigroup to consider breaking itself up.

The motion has been tabled by sustainable funds firm Trillium Asset Management, on behalf of the Benedictine Sisters of Mount St. Scholastica and the AFSCME Employees’ Pension Plan.

Trillium’s clients own about $9m of Citi shares. The development comes after Vikram Pandit’s unexpected resignation as Citigroup’s CEO on last month.

The investors have filed a shareholder proposal asking the company’s board “to explore a possible separation of one or more of its business units”.

The resolution calls for a committee of independent directors to “explore extraordinary transactions that could enhance stockholder value” – and for it to report to shareholders within four months of Citigroup’s 2013 annual meeting.

Citi’s AGM in April this year saw the company’s pay proposals voted down in a 55% non-binding vote,in what was seen as a corporate governance turning point.
The investors now argue the bank’s shares have consistently traded below book value since late 2008 and that it is barred from returning capital to shareholders due to concerns over its financial stability.

“Citigroup boasts many attractive attributes, but remains burdened by excessive complexity, as well as the stigma and risks associated with being named a ‘too big to fail’ institution,” said Trillium Chief Executive Matthew Patsky.

“There is a gap of almost $50bn between what Citi says its assets are worth and what the market is saying,” added Lee Saunders, Chairman of the AFSCME Employees Pension Plan’s Board of Trustees.

“It is high time that the board gave shareholders a plan for recovering this value.”

A Citigroup spokesman declined to comment to the Associated Press.