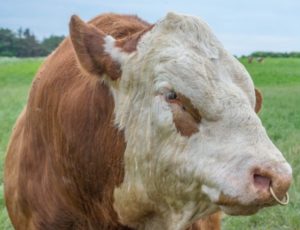 Leading figures in the green bond world have slammed the credentials of a ‘sustainable transition’ bond from Brazilian meatpacking giant Marfrig that is set to price today.
Proceeds from the $500m deal will be used to help the second-largest beef producer in the world buy cattle from the Amazon that meets its “specific environmental and social criteria”. According to a second-party review from Vigeo Eiris (now owned by Moody’s), those criteria cover biodiversity, the conservation of protected areas, “halting deforestation”, protecting indigenous rights and not using forced labour within supply chains.
However, some investors aren’t impressed. In a discussion about the bond on LinkedIn this week, former Senior Portfolio Manager at Mirova, Chris Wigley – a well-respected green bond specialist – asked for “brown to green please,” adding: “Brown to light-brown is not enough”.
Another veteran of green bond investing, Ulf Erlandsson, who used to head up the asset class for Swedish pension fund AP4 and has developed a decarbonisation thesis for fixed-income, said: “ ‘Clean coal’ is getting challenged by ‘non-deforestation cattle farming in the Amazon’ on the ESG oxymoron list.” In another comment he said that it would be helpful if green bond investors were more public about their opinions on deals to restrict “non-green, drive-by issuance”.
Desiree Lucchese, a Sydney-based Senior Associate within ESG Research for MSCI waded into the discussion too, saying that the “essence” of the problem was that beef consumption was fundamentally unsustainable. “You cannot eat beef and feed the world,” she said.
Sean George, a Senior Portfolio Manager focused on credit at Sweden’s Strukturinvest, added: “I did not see that deal, we would not have bought it”.
Not all investors were entirely critical of the bond, however.
Keilem Ng, a portfolio manager at Hong Kong-based Shui on Land, responded to a question posed by Joshua Kendall, an ESG analyst at Insight Investment, asking if protein producers can ever be considered sustainable, saying: “Probably not, but any trend reversal from increasing to decreasing harm is worth encouraging”.
Xuan Sheng Ou Yong, a green bond and ESG analyst at BNP Paribas Asset Management pointed out that Marfrig has good practices in place to map suppliers linked to deforested areas, and management-level commitment to preventing deforestation.“What I hope to see from Marfrig,” he continued, “is some hedging action against any relaxation of [Brazilian government] enforcements against deforestation/land rights”.
The deal was run and advised by BNP Paribas, ING and Santander.
Vigeo Eiris concluded in its assessment that the bond was “coherent with the main sustainability issues of [Marfrig’s] sector and the issuer’s priorities and commitments to sustainability, and that it could effectively contribute to materialise its sustainability commitments”. However, it added, “in the absence of mandatory on-site audits throughout its supply chain, Vigeo Eiris has a moderate assurance on the ability of Marfrig to effectively manage and mitigate the environmental and social risks associated to the eligible project”.

The conversation adds fuel to the growing debate around the value of transition bonds – a budding asset class that’s based on the principles of green bonds, but can include fossil-based activities if they are supportive of a broader transition to a low-carbon economy.
There have only been a few such transactions, but there is a greater push towards this more wide-ranging definition of environmental investing than ever before. The EU’s ‘green’ taxonomy has been broadened over the course of 2019 to include transition-based business activities rather than just ‘green’ ones, and recommendations put to the Canadian government in June suggested a focus on transition-based products to cater for the country’s fossil-intensive economy.
Speaking in an interview with RI last week, Celine Soubranne, Head of CSR at insurance company Axa said the company “firmly believe[s] in the need for transition bonds”. CIO Pascal Christory said institutional investors are “the ones providing [companies] with the long-term financing to make transitions”, and that this thinking had prompted Axa to “begin to think about measuring the marginal improvement of companies as well as looking at their ESG scores.” He warned against “obsess[ing] about the absolute” when it came to climate assessments.
Some trade groups and investors fear that transition bonds threaten the credibility of the market, however. In Vigeo Eiris’ second-party opinion for Marfrig, the reviewer acknowledged an “absence of guidelines to assess transition bonds”, opting to assess them against ICMA’s green and social bond principles, as well as its own ESG methodology.