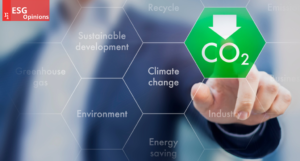 The IPCC’s latest summary is a stark reminder that time is running out. The report finds that “unless there are immediate, rapid and large-scale reductions in greenhouse gas emissions, limiting warming to close to 1.5°C or even 2°C will be beyond reach”. The report runs into the thousands of pages – but what’s new for investors? In addition to a starker than ever reminder that we need decision emissions cuts now – meaning investors need to up the pressure on companies, governments and themselves to align the entire investment process with a 1.5C pathway – an immediate implication for investors is the need to start rethinking climate impacts and climate models.

Scientists seem more confident than in previous reports on assessing the sensitivity of the climate system to greenhouse gas emissions. Previously, modelling to anticipate the impact of doubling greenhouse gases from pre-industrial levels resulted in quite diverse forecasts. Now the outcomes seem to be coalescing, so if you double emissions from pre-industrial levels to 520 parts per million (ppm), there is an expectation that would deliver around three degrees of warming. (The IPCC report states atmospheric CO2 currently around 410 ppm.) There is less variance in the potential outcomes.

Another point to highlight is that additional ecosystem responses to warming are not fully included in climate models. Those might include CO2 fluxes from wetlands, feedbacks from wildfires and the additional heat that might be generated by the methane released as permafrost melts. We are not well informed about the full climate response that might occur from these ecosystem-level changes.

‘We know that climate change will have economic impacts, but if this isn’t factored into models then how can investors be confident on growth assumptions made in those models?’

The report also notes the risk of tipping points, and that the probability of low likelihood-high impact events will increase. We cannot rule out abrupt responses, or the prospect that all the dominoes fall the same way, with catastrophic consequences.

Prior reports have suggested that the Amazon has gone from being a CO2 sink to a source due to deforestation. This increases the risks of the ecosystem drying up. It can tip quite quickly because the transpiration from the trees generates rainfall. If deforestation accelerates, it is likely the transition to savannah will too.

This transpiration also creates atmospheric rivers, responsible for transporting rainfall around the world. Changes here could have huge ramifications for weather patterns, and global agriculture.

As humans we tend to have an optimistic outlook, and in the finance sector it’s all about protecting economic growth. But we have not given enough attention to what the ultimate end point of the growth agenda might be and contemplated very low or zero growth scenarios.

Years ago, I ran a project engaging the chief economists of investment banks on climate change impacts and how they integrated these into long-term forecasts. Most agreed doing that was likely to be inflationary. One was bold enough to say the situation points to conflict.

If you look at recent history, one of the causes of the Syrian uprising was long-term drought, which caused the rural community to migrate to urban areas in search of work. That contributed to civil conflict, which caused hundreds of thousands of Syrians to other regions, including Europe.

Similarly, in the US, you are witnessing the fallout from acute climatic events in Guatemala and Honduras. A lot of people started to go hungry and worry about their future. They migrated to parts of the world where they saw better opportunities, creating human caravans. This was one of the background factors that influenced Donald Trump’s election in the US. Recently, we have seen unrest in Iran, as a result of rising water scarcity.

These things are not likely to go away. People will leave their homes to protect their lives, and it will create conflict unless we learn how to tackle and manage the issues in a humane and responsible manner.

These types of impacts are not fully reflected in economic models, which are simply not good enough on so many levels. They do not capture the grey workforce, they do not capture domestic work, and so it goes on. We need to rethink the models quite comprehensively.

One issue is that these models are built against the backdrop of a global human society using 1.7x the planet’s biocapacity to unsustainably meet its needs.  One of the major challenges of current economic models is adapting them for ecological limits – we must take into account the need to live within planetary boundaries.

Secondly, our economic models need to adjust for the impacts of climate change both from a country perspective and a sector perspective. We know that climate change will have economic impacts, but if this isn’t factored into models then how can investors be confident on growth assumptions made in those models? We are seeing a number of reports being produced which aim to assess the impacts of climate change (both the transition to a low carbon world and the transition to a warmer world); investors should assess these in regard to their own house views. They could also utilise the outputs of various scenario tools, though they should be aware of the limitations of these tools based on the assumptions made in them (for example, the role of negative emissions technologies).

Reading the IPCC’s latest summary, I feel immensely sad, both as a father and as an environmental scientist. As a species it is immensely arrogant to believe we can impact so many other species that evolved on the planet alongside us. If Earth is the only source of life in this universe, then damaging or even destroying it is a terrible legacy.

We need to understand and appreciate natural capital much more and understand what really underpins our world. Failure to do that is disastrous.