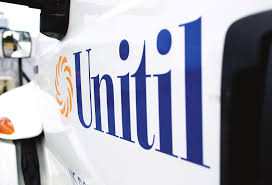 A former professor and investor in listed US energy firm Unitil has failed to get a straightforward proposal for governance reform at the firm approved for a shareholder vote because of a technicality.

Deciding a no-action request from Unitil, the Securities and Exchange Commission (SEC) said the firm could omit the proposal from Edith Niemark from its proxy materials. The SEC agreed with Unitil that she had failed to provide sufficient proof of ownership of at least $2,000 worth of shares for a year before the submission.

Niemark is a retired professor from New Jersey-based Rutgers University.

She had wanted Unitil to hold annual elections for board directors, permit shareholder say on executive compensation and disclose exactly how it generates its power. Listed on the New York Stock Exchange (NYSE), Unitil reported close to $500m in sales and $25m in profits for 2014.

Niemark’s plain English proposal contended: “It has become almost universal practice for all members of a company board of directors to stand for election each year.“It is requested that Unitil observe this practice from 2017. New blood and fresh thinking would be useful.”

On executive pay, she writes: “Most company proxies today contain the ‘say on pay’ vote for major officers of the company. The Unitil proxy does not observe this practice. It is requested that it do so in the future.” In some ways her approach is reminiscent of veteran governance activist Evelyn Davis.

“New blood and fresh thinking would be useful”

On disclosure, Niemark writes: “Although the 2014 report does discuss the energy revolution and use of natural gas, there is no mention of whether nuclear, coal, or renewable sources of electric power are employed. This is of interest to shareholders.”

After receiving her proposal, Unitil informed her that it would seek SEC permission to exclude it unless she could provide the required proof of ownership. In the event, despite holding 1,000 shares in the company “for decades”, the SEC approved the exclusion of the proposal.