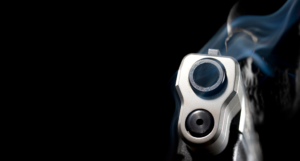 The public pension fund for the US state of Rhode Island has filed a shareholder proposal at Mastercard calling on the US firm to report on risks associated with its provision of payment services for the sale and purchase of “untraceable firearms”, including so-called “ghost guns”.

The $11bn fund requests that Mastercard, within the next year, report on “if and how” it intends to “reduce the risk associated with the processing of payments involving its cards and/or electronic payment system services for the sale and purchase of untraceable firearms, including ‘Buy, Build, Shoot’ firearm kits, components and/or accessories used to assemble privately made firearms known as ‘Ghost Guns’”.

Rhode Island says that between 2016 and 2020 there were around 23,906 suspected ‘Ghost Guns’ reported to the US’ Federal Bureau of Alcohol, Tobacco, Firearms and Explosives (ATF) as having been recovered by law enforcement from crime scenes, “including 325 homicides or attempted homicides, which includes students who were killed during mass school shootings.”

Rhode Island highlights its concerns around the “present regulatory, reputational, legal, and financial risks to investors” posed by Mastercard’s exposure, given the “risks associated with the nature of the untraceable firearms business.”

Mastercard is seeking to omit the fund’s proposal via the US Securities and Exchange Commission’s (SEC) ‘no action’ process, the mechanism through which companies petition the regulator for permission to exclude a shareholder resolution from being taken to vote at its annual meeting.

In its request, the company argues that the proposal breaches the SEC’s rule on ‘Ordinary Business’ and highlights previous rulings by the regulator at US retailers Walmart (2014) and Kroger (2016), where it allowed both companies to exclude proposals on their sale of weapons using the rule.

“Because the Proposal relates to the Company’s role in processing payments relating to the sale and purchase of particular products, a topic that the Staff has consistently found to be a matter of ordinary business that cannot, as a practical matter, be subject to shareholder oversight, the Company believes the Proposal may be properly omitted from the 2022 Proxy Materials pursuant to Rule 14a-8(i)(7),” the company states.

Last year, however, the SEC issued new guidance on the ‘no action’ rules, widely perceived as more favourable to investors. On ‘Ordinary Business, for instance, it stated that it would “realign” itself with the original standard set down in 1976, which included an exception for proposals that “raise significant policy issues.” “[S]taff will no longer focus on determining the nexus between a policy issue and the company, but will instead focus on the social policy significance of the issue that is the subject of the shareholder proposal,” it said.

The Employees’ Retirement System of Rhode Island is overseen by General Treasurer, Seth Magaziner, a former equities analyst at Boston-based SRI firm Trillium Asset Management. In 2018, Magaziner told RI about his ESG efforts at the scheme, which last month reported record assets of $10.79bn and an annualised return of 17.27% in 2021, its highest calendar year return since 2009.

The proposal at Mastercard is not the first to be filed by the Rhode Island: During the 2018 proxy season, a proposal at Navient on the US student debt collection firm’s disclosure around the growing subprime student loan crisis was supported by an impressive 40% of shareholders. Last year, a proposal at Walmart on the retailer’s plans to address the climate impact of its refrigerant use was supported by just 6% of shareholders.