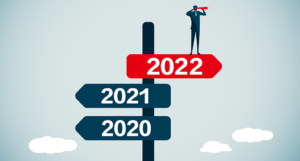 Last year saw a flurry of investor activity when it came to human rights; the topic which has longed played second – even third or fourth – fiddle to climate change is (finally) becoming a central issue.

When RI conducted a survey in July last year, two-thirds of the 130 respondents said they believe human rights will become as mainstream a consideration as climate change for investors.

Engagements centering on human rights and geopolitics witnessed a particular surge in momentum in 2021.

From seeking to address “egregious human rights risks” in their portfolios from potential ties to the Xinjiang region of China, to tackling tech companies’ business activities in Myanmar, and kickstarting a human rights equivalent to CA100+, investors did not shy away from voicing their concerns and using the power of stewardship.

2022 will not only see these dialogues deepen, but also – as investors become more confident – it would not be surprising to see them increasingly raise their expectations and escalating their actions against those who don’t comply – including making decisions to divest if engagement does not meet their expectations.

Signs of this were already showing last year with capital being pulled out of companies failing to address human rights concerns in their supply chains, as well as a number of proposals at the AGM season on racial equity and the treatment of workers during the pandemic.

Alongside putting corporates under the microscope, signs are emerging that investors may increasingly investigate their sovereign portfolios and ramp up policy advocacy.

However, direct engagement with individual governments on social issues may prove to be trickier than that of climate, which saw an increasing amount of activity in 2021, as arguably certain human rights-related topics tend to be considered more controversial and potentially impinging on sovereignty.

Following investors releasing a statement expressing their deep concern about the evolving situation in Sudan, which was subject to a military coup in October, Former Vice President for Calvert Investments, Bennett Freeman, told RI he would like investors to engage with the government, “but it’s a tall order, there’s not much of a track record of investors – save maybe a few large institutional ones – engaging with sovereigns”.

Likewise, when RI spoke to Graham Stock from BlueBay, he said although issues like income inequality and distribution, immigration, labour mobility, and education were issues which could be raised, human rights was trickier.

When it comes to tackling social issues, a lack of quantitative data has historically been flagged as a barrier for investors. However, this year may see concrete progress in addressing this.

The PRI recently closed a request for proposals (RfP) for an organisation to “investigate data and information needed (both qualitative and quantitative), current data sources and markets, leading investor approaches, and to identify gaps and potential solutions relative to requirements set out in the UN Guiding Principles on Business and Human Rights (UNGPs) and emerging legislative due diligence requirements for investor[s] in a growing number of jurisdictions”.

2021 was also a year of milestones with June marking 10 years since the UN Human Rights Council unanimously endorsed the voluntary Guiding Principles on Business and Human Rights (UNGPs), known by many as the ‘Ruggie Principles’ – in honour of late Harvard academic John Ruggie, who oversaw their creation.

And (if all goes to plan) 2022 will see the principles increasingly accompanied by hard law – particularly in Europe.

Already the likes of France, Germany, Luxembourg, Finland, and the Netherlands have (or are in the process of) developing national mandatory human rights and environmental due diligence legislation.

But all eyes are focusing on the EU’s proposed sustainable corporate governance directive, which is set to have its final proposal released in March after being beset with delays throughout 2021.

Also expected from the bloc, the Commission is set to receive the final recommendations for an EU ‘Social Taxonomy’ – an extension of its high-profile green framework.

Alongside the implementation of due diligence legislation, it will be interesting to see to what extent investors themselves will be subject to them – more than three quarters of the 130 respondents to RI’s survey said investors should be.

Currently, the EU’s proposal covers Limited Liability Companies, but an initiative by the Legal Affairs Committee, approved by Parliament last March, wants it to cover all corporations operating in the EU internal market, including banks and investors.

And in the UK, the Anti-Slavery Commissioner recommended that the Modern Slavery Act be strengthened to include a requirement that reporting covers financial portfolios.

On a global scale, financial institutions and investment funds were included in the third iteration of the planned UN Binding Treaty on Business and Human Rights back in October.