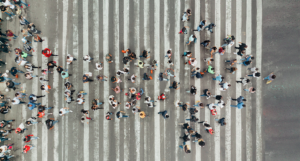 Net Zero targets have dominated the latter part of 2021, especially the months leading up to COP26 where the Glasgow Finance Alliance for Net Zero (GFANZ) announced that it had signed up $130trn of assets. 2022 will be the year when financial market participants need to start delivering on the goals and show they have credible interim targets in place. Certainly, greater scrutiny of these commitments is on the horizon: the UN is setting up a body to “propose clear standards to measure and analyse net-zero commitments from non-state actors”, while RI could reveal in November that a new body called Climate Arc will be launched in 2022, which will among other things rank companies’ climate transition plans. 2022 will also likely be the year when one of the world’s largest investors, the Norwegian sovereign wealth fund managed by Norges Bank Investment Management – a notable absentee from Net Zero alliances – will set or at least edge closer to setting a Net Zero target.

The much-anticipated International Sustainability Standards Board was officially launched in November. The body, governed by the International Financial Reporting Standards (IFRS) Foundation, will kick off the development of global sustainability reporting standards early this year. One key sticking point for many in the responsible investment space is that the standards will focus on ‘enterprise value’ – the impact of sustainability factors on company values – rather than the broader ‘double materiality’ approach covering the impacts of business activities on societies and the environment, which is expected to underpin the EU’s new corporate sustainability reporting rules. The US Securities and Exchange Commission (SEC), which is mulling dedicated sustainability-related disclosure requirements for companies, is also under pressure to take the narrower, enterprise value approach by some stakeholders, while European investors have urged the regulator to embrace double materiality. Meanwhile, some are suggesting the debate should be more nuanced. The G7 Impact Taskforce, set up to promote impact-driven economies, last month called on governments to build upon the ISSB standards to include any impacts on stakeholders that the baseline does not address, telling RI it does not support the idea that “one side has to win”. The UK appears to be supporting this approach, saying the ISSB standards will form a key component of its Sustainability Disclosure Requirements (SDR), but making clear that “the SDR will go further” by requiring wider information on how firms impact the environment”, including by requiring disclosure against the UK’s Green Taxonomy.

Regulators and supervisors are increasingly telling investors that greenwashing will no longer fly under the radar. The extent to which they will address the issue will likely become clearer this year, with global securities regulator IOSCO urging regulators to step up in the area, both German Bafin and French AMF saying tackling greenwashing is firmly on its agenda for 2022 and a raft of other regulators having published reports or guidance on addressing the issue throughout 2021. The first disclosures under the EU’s Sustainable Finance Disclosure Regulation (SFDR) have also given rise to a number of regulators, including Dutch AFM, saying there are question marks around whether some asset managers are sufficiently proving that their funds live up to the ESG or sustainability claims they are making. With SFDR disclosures set to become increasingly granular, this is set to continue in 2022. Related to this, data providers are also increasingly under the microscope to ensure ESG data and ratings are reliable and comparable. The European Commission said it its Renewed Sustainable Finance Strategy in July that it could, following a public consultation and subject to an impact assessment, publish “an initiative” this year to strengthen ESG ratings, while the UK is considering bringing ESG data and ratings providers under FCA oversight, aiming to set out further detail on this in 2022.

2021 was certainly a year of high-profile engagement efforts: the Exxon board member campaign arguably the most prominent one. But there were also increasing signs that for some investors, engagement had run its course, particularly on fossil fuels.  Europe’s largest public pension fund, ABP, announced in October it will divest from all fossil fuel producers as it sees “insufficient opportunity for us as a shareholder to push for the necessary, significant acceleration of the energy transition at these companies”. Other notable divestment announcements throughout the year came from fellow Dutch pension fund PME, a number of New York pension funds, UK pension fund Nest and UBS Asset Management. More broadly, some believe that divestments are simply required for investors to meet Net Zero targets, while divestments are also ramping up for human rights reasons. Engagement is of course still at the forefront for most investors – and some are frustrated that divestments are becoming more popular – but it is looking very likely that investors will shun more holdings in 2022 because of ESG reasons.

Human rights risks are rising up both investor and policy maker agendas, and 2022 should be the year when a number of initiatives materialise or accelerate. While EU efforts on mandatory due diligence rules have been marred with delays and proven, perhaps, even more challenging than expected, national governments are beginning to take action, with initiatives in the Netherlands, Luxembourg and Finland expected to progress this year. Engagement on human rights concerns is also set to be a major responsible investment theme in 2022. The PRI in December kicked off a human rights equivalent to CA100+, the collaborative stewardship programme on climate change. This year will see the initiative begin identifying and selecting sectors and companies to target for engagement – an initial list is set to be finalised in the first quarter of the year. RI has also reported on a raft of human rights related engagements that will continue in 2022 (see here, here and here for some recent examples), with companies active in conflict zones such as Myanmar increasingly under pressure from investors.

RI is also publishing more in-depth reporter expectations across a number of responsible investment themes in the coming weeks, starting with What’s set to shape the sustainable debt markets in 2022