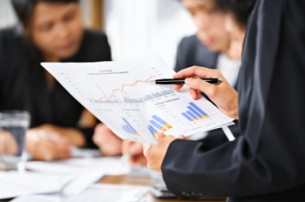 Vince Cable, the UK Business Secretary, will sit down later this year to consider the findings of the review he commissioned by John Kay, the economist, on UK Equity Markets and Long-Term Decision Making and formulate the government’s response. RI takes a look over the report’s major recommendations to point up where the Kay Review might be well received, and where it could fall short or hit resistance:

The Kay Review has made 17 headline recommendations. Here is RI’s point-by-point analysis:

1. The Stewardship Code should be developed to incorporate a more expansive form of stewardship, focusing on strategic issues as well as questions of corporate governance.

4. The scale and effectiveness of merger activity of and by UK companies should be kept under careful review by BIS (UK Department for Business, Innovation and Skills) and by companies themselves.

5. Companies should consult their major long-term investors over major board appointments.

6. Companies should seek to disengage from the process of managing short-term earnings expectations and announcements.

7. Regulatory authorities at EU and domestic level should apply fiduciary standards to all relationships in the investment chain which involve discretion over the investments of others, or advice on investment decisions.

8. Asset managers should make full disclosure of all costs, including actual or estimated transaction costs, and performance fees charged to the fund.

10. All income from stock lending should be disclosed and rebated to investors.

14. Regulators should avoid the implicit or explicit prescription of a specific model in valuation or risk assessment and instead encourage the exercise of informed judgment.

15. Companies should structure directors’ remuneration to relate incentives to sustainable long-term business performance. Long-term performance incentives should be provided only in the form of company shares to be held at least until after the executive has retired from the business.

16. Asset management firms should similarly structure managers’ remuneration so as to align the interests of asset managers with the interests and timescales of their clients. Pay should therefore not be related to short-term performance of the investment fund or asset management firm. Rather a long-term performance incentive should be provided in the form of an interest in the fund (either directly or via the firm) to be held at least until the manager is no longer responsible for that fund.