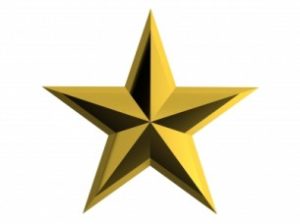 Pension funds from the UK, Scandinavia, Netherlands and Ireland have scored highly enough to take half of the nominations amongst an impressive global roster of schemes for two new awards to recognise excellence in responsible investment reporting. The ‘RI Reporting Awards’ are being organised by Responsible Investor in association with our research partner the Responsible Finance Research Charity. The two awards for Best RI Report 2013 – one for Large Pension Funds with AUM greater than €25bn and another for Medium & Small Pension Funds with AUM less than €25bn – will be announced at the RI Europe conference in London on 11th June. The RI reporting awards are based on proprietary research of more than 1000 pension funds around the world to create a pool of RI reports to which a series of objective indicators are applied to filter the reports into two shortlists of nominated reports. European pension schemes have made the running in this year’s awards, taking eight of the 16 shortlist spots. The BT Pension Scheme (UK), AP4 and Folksam (Sweden) and Pensioensfonds Zorg en Welzijn (Netherlands) have been shortlisted for best responsible investment report by a large pension fund. In the Small- and Medium-sized category, The Church of England investment bodies (UK), Environment Agency (Active) Pension Fund (UK), Folketrygdfondet (Government Pension Fund Norway) and the National Pensions Reserve Fund (Ireland) have made the cut. The final shortlists are at the foot of the article. A high-level judging panel is currently ranking the nominated reports on a final qualitative basis before announcing the winners on June 11 at the RI Europe event. The judges are Tessa Hebb, Director, Carleton Centre for Community Innovation (Canada), Steve Lydenberg, Partner, Domini Social Investments (USA), Andreas Hoepner, Professor, Centre for Responsible Banking and Finance, University of St Andrews (UK), Rob Lake, United Nations Principles for Responsible Investment (UK) Catherine Howarth, CEO, ShareAction – formerly FairPensions (UK), and Hugh Wheelan, Managing Editor, Responsible Investor (UK/France).The ‘RI Reporting Awards’ recognize those funds that are most transparent about how they are putting responsible investment into action. Reporting on RI issues is seen as vital for communicating publicly the steps that institutional investors are taking to address looming environmental dangers and financially material social risks (such as child labour, supply chains, tax), and, via better corporate governance, to promote sustainable corporate practices and help avoid a repeat of the 2008/09 financial crisis. Good RI reporting is also the indicator of how seriously pension funds are taking their commitments to integrate increasingly ‘material’ ESG risks and opportunities into traditional financial analysis and investment decision processes.